Gas Prices in Prince George on a dramatic rise 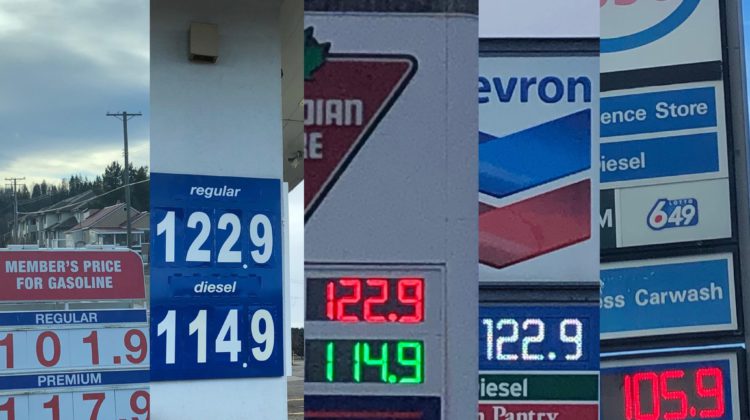 A seventeen-cent hike at the pumps is taking place at many Prince George gas stations after hovering over a buck-a-litre the last few months.

However, places such as Costco remain the least expensive place to fill up at 101.9.

“If you don’t like a dollar-twenty-two, give it a bit of time, prices will come down a little bit. Don’t expect prices to drop back to a dollar-five unless you have gas stations making a lot of money selling beef jerky, water or have a rich uncle or a friendly back that is willing to extend them money if they are losing money at the pumps.”

“I don’t care who you are in Prince George, you are paying a dollar-five just to get the gas to your stations and that does not include the cost of honouring credit cards or the cost of electricity to pump that gas so you can imagine a lot of stations had to throw in the towel and stop selling gasoline below cost.”

McTeague stated if drivers should remain patient if they aren’t happy with the prices they are currently seeing.

“I think you are going to see prices dialed back down to the dollar-ten, dollar-fifteen range with some stations deciding they make money doing other things but a dollar-twenty-two is probably pushing the envelope, 12-cent margins don’t last very long and I would think a buck-fifteen or sixteen will be the new normal.”

He added once the pandemic is over, motorists can expect gas prices to be in the dollar-twenty range as the demand for fuel inches back up.

McTeague is also keeping a close eye on how the new Biden Administration handles the oil and gas sector after the Inauguration ceremony commences next week, after already hinting of a green agenda.

“I’m not so sure Americans are big on allowing what Canadians have allowed and that has meant a massive increase to energy through taxes, so it remains to be seen how prices down there, influence the prices here because we are price takers.”