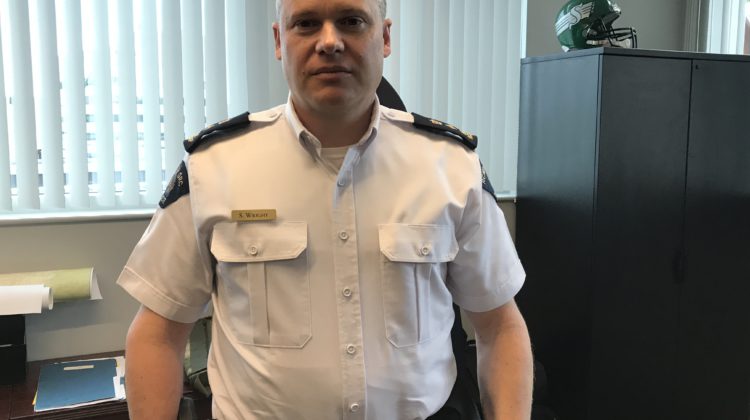 The Prince George RCMP saw a ‘marginal’ increase in domestic violence calls over the span of 2020.

2020 saw a total of 487 calls in relation to domestic violence, an increase of nine from the year previous, according to the RCMP Year in Review report to City Council.

In 2019, domestic disturbance calls accounted for approximately 1% of the RCMP’s overall total, then in 2020, that number was bumped slightly to 1.04 %.

Mounties were preparing for a potential spike in calls due to people spending more time at home, but that wasn’t the case.

“I know anecdotally, it was anticipated. But we just didn’t see it in the calls that were relayed to us, in calls for service,” said Superintendent Shawn Wright.

The slight uptick in calls does not necessarily mean there wasn’t a larger increase of domestic violence than the numbers show, added Wright.

He says people may have been hesitant to report due to concerns surrounding COVID-19 safety precautions.

“That would be a tragic circumstance, but that is just a potential explanation,” said Wright.

This includes aggravated and sexual assaults, missing persons, robbery, vehicle theft, break and enter, and theft of under $5,000.

“There were major changes in patterns of behavior for persons. We had tons of business closed for a couple of months there, right in the Spring,” Wright noted.

“We also have a lot of people who have moved toward working from home. Therefore residences are not vacant throughout the day nearly as much, which is when break and enters would occur.”

The amount of prisoners in Prince George has been trending downward as well, by 538.

Wright attributes this to a change in crown council policies over the last two years, particularly with breaches of court order, and expects this trend to continue.

Shoplifters also account for a large part of the prison population, however with shops closed for part of the year due to COVID-19, shoplifting calls were not as high as normal.

“Those persons are not necessarily held in custody to appear in court, we are essentially directed to release them on paperwork if there is no public safety risk,” he said.

Overall downtown calls for service went up from 2019, he added, the majority of which are mischief, causal disturbance, and liquor offense calls.