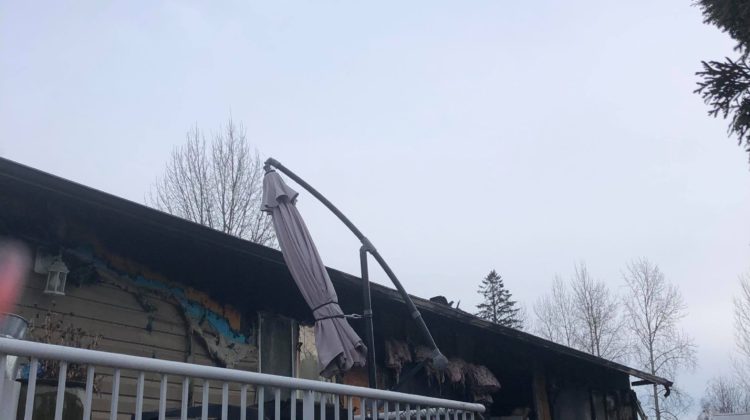 (Photo of the home on 2150 Norwood Street, which was the scene of an early morning fire in PG. Photo supplied by Dione Wearmouth, MyPGNow.com staff)

It didn’t take long for Prince George firefighters to be up and at it. 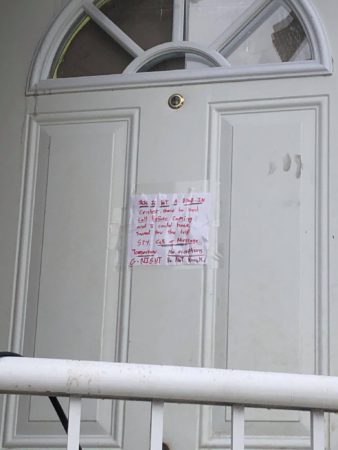 (Sign in front of one of the doors of a home on 2150 Norwood Street. Photo supplied by Dione Wearmouth, MyPGNow.com staff)

Just after 7 o’clock this morning (Thursday), fire crews from three halls responded to a structure fire located at 2150 Norwood Street.

Fire personnel found the structure with flames coming through the roof.

According to the fire department, there was one person and two dogs at home during the time of the blaze.

The occupant and one of the dogs exited the building while the second dog was rescued by suppression crews.

All three were unharmed.

Fire crews noted there was extensive damage to the structure.

The cause is under investigation and there were no injuries to fire personnel.

The PG RCMP confirmed to MyPGNow.com they are sending an  investigator of their own to look into the matter.