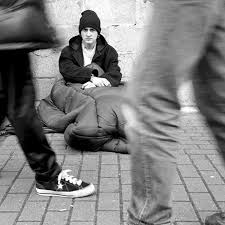 The pandemic has caused some organizations that work closely with the homeless population in Prince George to reimagine the ways they serve the community.

The St.Vincent de Paul Society still provides hundreds of free take-out meals a day, however, the closure of the drop-in centre has created a whole other issue for those living on the streets.

“With everything being take-out, our conversations are very short, whereas our drop-in centre when it was open was like their living room,” explained St.Vincent de Paul Spokesperson, Bernie Goold.

Visitors of the Drop-in Centre would often come in and inquire about other homeless people in the city’s whereabouts.

“They would come in and talk to us and inquire if someone was around or if we’d seen them” explained Goold, “and we’ve lost that ability to speak to them like this.”

Goold says these interactions are particularly important to them because of the ever-increasing overdose rates in the city.

Some volunteers at St.Vincent have learned about people’s lives on the streets and been able to help them based on these interactions, but Goold says it is hard to do that without the drop-in centre.

“It is now more of a service than a community gathering place now,” she explained.