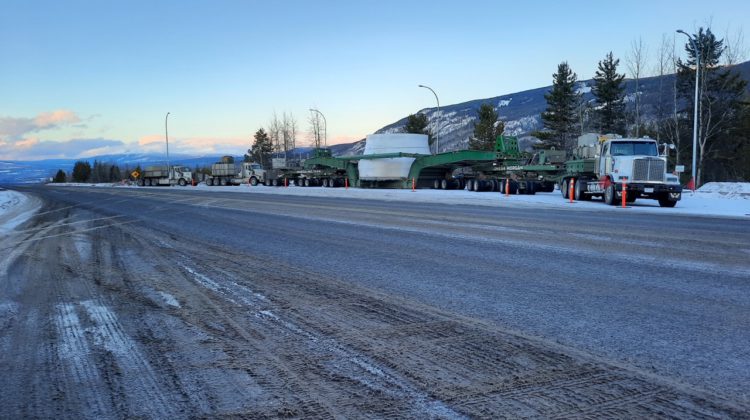 One of the six turbine runners that will be operating at the BC Hydro Site C worksite in Fort St.John made its way through Prince George last night.

“The turbine runner has been transported from Prince Rupert along Highway 16 to PG and is now on highway 97 North en route to Chetwynd,” explained David Conway, Community Relations Manager of Site C Project.

The runner is the heaviest unassembled single project component for the site, it’s about 8 metres wide, 5 metres tall and weighs around 170 tonnes.

“The convoy transporting the turbine runner is made up of one truck in front of the trailer and two push trucks in the rear,” explained Conway, “there are three traffic control cars, three pilot cars and two supervisor cars accompanying the shipment.

All of the runners are manufactured in Brazil, the first two arrived in early December after leaving Brazil on October 29th.

BC Hydro predicts the second runner will be transported from Prince Rupert onto the site sometime in late January or early February.

More shipments are expected to arrive in Prince Rupert this spring and summer, while installation of the turbine is expected to be completed next year.

There are no further expected traffic delays related to transportation in PG, however, the information will be updated regularly on DriveBC.