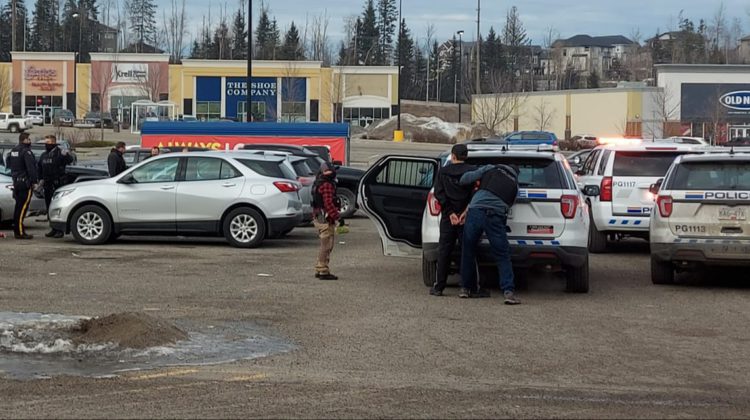 The pair were arrested on Thursday after the Street Crew Unit observed them driving a stolen rental vehicle that was later discovered to have two loaded weapons inside.

Police followed 22-year-old Thomas Toman and 26-year-old Justus Teasdale to the Walmart parking lot, where they surrounded the vehicle.

“The Prince George RCMP considers these offenders violent and their arrest was high-risk to the members responding and potentially to the surrounding public,” said Constable Jennifer Cooper.

“Thomas Toman and Justus Teasdale are prolific offenders and well-known to Prince George RCMP,” she added.

Cooper says Toman ‘did not initially comply’ during his arrest and was tased to reduce the potential for violence.

Both men were arrested without further incident, and they will remain in custody while they await trial.

A loaded shotgun was found underneath the front passenger seat and a loaded rifle on the floor of the driver’s seat.

At the time of arrest, Toman had one outstanding warrant.

At the time of his arrest, he had ten outstanding warrants.