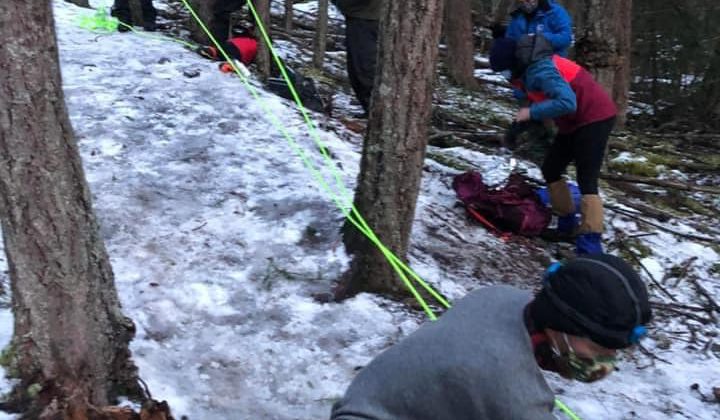 “My friend slipped over her leg and snapped her Tibia and Fibia and turned her foot around backwards,” explained Dave Mothus, a friend of the victim that was also on the mountain, “we had no choice but to call Search and Rescue because we were on this super icy mountain.” 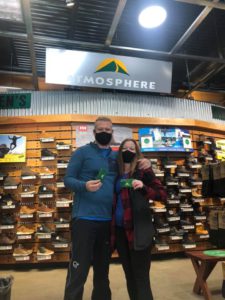 He then noticed the condition of the team’s cleats made the three hour trip down the mountain much more difficult than it should’ve been.

Mothus and Bryan Allan partnered with Atmosphere to purchase new ice cleats for the Fort St. James Search and Rescue Society after the group rescued their seriously injured friend off a mountain.

“When they got up there we noticed they had really good gear like ropes, tie-downs and helmets but they had to tie ropes on their feet basically for grip on the ice and a couple of them had cheap, plastic over-the-boot clamps,” Mothus said.

The entire Fort St.James Search and Rescue team is made up of volunteers that are responsible for buying some of their own gear.

“They only get the major equipment like the sleds, rope and climbing gear but when it comes to them and what they’re wearing when they get out there for what could even be an all-night trip, it is up to them to pay for it,” he noted.

The rescue inspired Mothus and Allan to get the team new cleats and immediately contacted Atmosphere in Prince George, who jumped on the opportunity to help out the group.