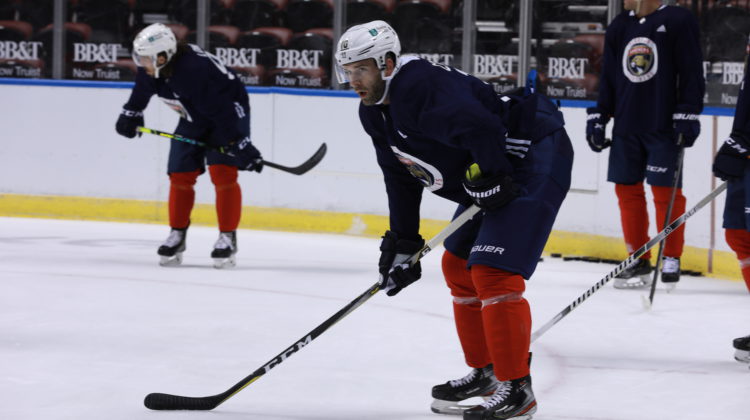 Playing hockey in a world surrounded by COVID-19 has been challenging to say the least according to Brett Connolly of the Florida Panthers.

In an exclusive interview with MyPGNow.com, the former Prince George Cougars star and Stanley Cup Champion (2018 with the Washington Capitals) stated it’s been quite the process to stay on the ice.

“When we leave the rink we are on our own to make good decisions and to obviously not get infected. Every day you show up to the rink to get tested whether it’s an off day, game day or practice and then masks are on when changing in the locker room and we are just trying to stay as safe and as smart as possible.”

“You know, there’s a lot of temptation to go and do something here in Florida because everything is open.”

While the Panthers are off to a 2-0 start following a pair of victories against the Chicago Blackhawks, Connolly stated getting to gameday has been anything but smooth sailing since a number of their games against the Dallas Stars and Carolina Hurricanes were postponed due to positive tests and virus protocols.

“It’s not a normal start to the season but we are making the most of the situation that we are in, we are fortunate to get a couple wins early but we’ve had a few games postponed already. We are kind of just going with the flow.”

“We’ve had some cases on our team with guys testing positive and it’s been out there in the media so it’s not exactly a secret. It’s just kind of a situation where no matter what is around us here everything is full throttle and it looks like normal life. We have gone this far and hopefully everyone can get their hands on the vaccine this year.”

The state of Florida remains one of the COVID-19 hot spots in the country with 1.6 million cases and 24,577 deaths. 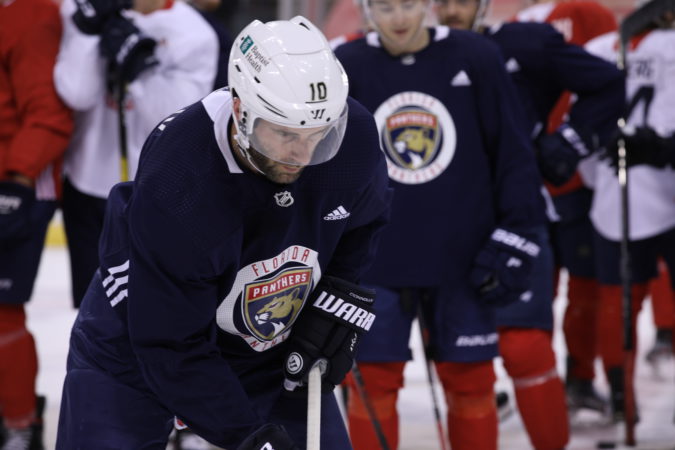 The Prince George product touched on the difference in philosophy being shown by health authorities and governments around the world.

“Country to country, state to state, province to province everyone is handling it differently and this is one of the states that from the very start has been very wide open and right now, life is a full go here in Florida.”

“For us, you go home, and you don’t really do too much else you just be as careful as possible with the grocery stores and everything else open.”

Connolly hinted that with the early-season challenges the NHL is facing in regards to virus infections and exposures, it may get to a point where the final standings might be decided differently.

“The way it is going there may be some teams that won’t even play 56 games. It might come down to winning percentage like other leagues. There is so much uncertainty where everyday things are changing and you try and find ways to win games and every game is so important and you can’t afford to have a tough month otherwise, you will be on the outside looking in come playoff time.”

The Cariboo Cougar graduate is heading into his second season in South Florida after signing a four-year $13 million dollar contract in 2019.

Connolly believes winning a Stanley Cup with the Washington Capitals in addition to having Joel Quenneville as his head coach can only help matters as the Panthers look to make some noise in the NHL standings.

In his first season in Florida, the 28-year-old registered 19 goals and 14 assists in 69 games before the coronavirus outbreak was declared.

Connolly said his initial sojourn with the Panthers saw its fair share of ups and downs.

“I had a really good start – probably the best first half that I have had since joining the NHL. It probably wasn’t the best second half that I’ve had. It was a bunch of highs and lows for me personally. I think for me, doing my part, playing good hockey, and getting to that 20-goal pace that I have set a standard for myself the last few years.”

Connolly was also part of the NHL’s Return to Play restart in the Toronto hub-city where it was a challenge, to say the least.

“Was it an ideal situation no, was it easy no but we didn’t have a choice and had to make do with what we had, and I thought that players, staff, and the NHL did an amazing job getting a good product on the ice after three months of doing nothing and getting thrown right into playoffs.”

“With everything going on it was such a weird situation. We were out early so we went home but I spoke to Carter Verhaeghe who won it with Tampa during the bubble and the biggest thing is being away from your family, wife, and kids that’s the hardest part.”

Connolly is pointless after the first two games with the Panthers this season.

Florida’s next action is on Tuesday (26th) when they play the Columbus Blue Jackets.