“It took away all the shame”; SD57 sexual assault survivor receives apology letter over 30 years after abuse 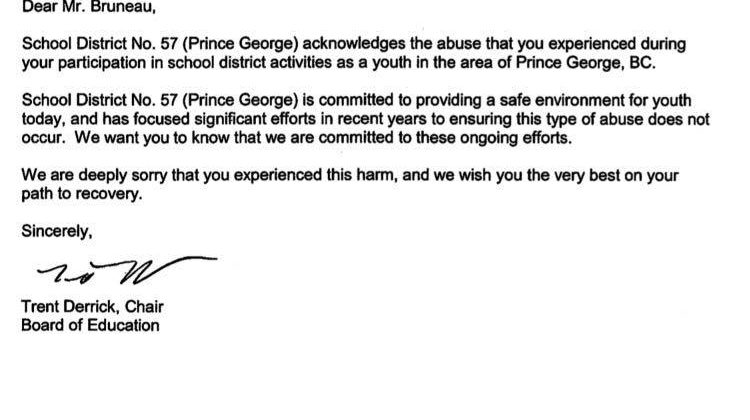 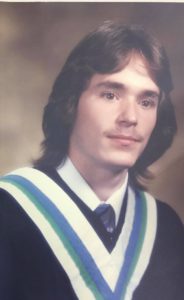 The civil litigation and eventually trial adjournment came after facing sexual abuse over 30 years ago from notorious pedophile and then Austin Road Elementary teacher, Wendell Diaklw.

After battling PTSD, depression, anxiety and a host of other abuse-related issues that resulted in multiple hardships including suicidal thoughts, self-mutilation and memory loss, he says the letter from SD57, “gave him his brain back.”

“All of a sudden work started going better, I could concentrate again, it changed my life,” he said.

The sexual abuse first commenced when Bruneau was in grade six and lasted for another three years.

In 1986, 16-year-old Bruneau visited Diaklw’s home with a tape recorder and secured a taped confession.

Diaklw was charged with Gross Indecency, Sexual Assault and Incident Assault in relation to Bruneau and five other students and was sentenced to 5 years in jail in 1987.

However, Bruneau says this letter provided him with a sense of closure that hasn’t come from years of therapy.

“I haven’t been the same since I read the letter, this big shame cloud – they took it and all the shame is gone,” he added, “what that does for your psyche when you’ve carried it for 35 years – it’s indescribable.” 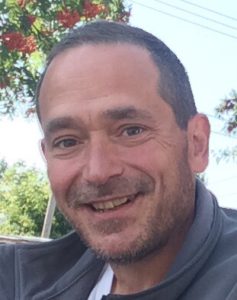 Throughout the lawsuit, he obtained police records, court records and school records that helped him heal as it answered many questions he had about Diaklw for years.

“It was a different time back then, there was a lot of shame, homophobia and there wasn’t a lot of understanding of the damage it actually does,” he said, “but this letter took ownership of it, made them accountable and that makes it forgivable.”

Bruneau is extremely grateful for the way SD57 treated him throughout the lawsuit.

He hopes that other school districts and organizations where children are being cared for, such as churches, see this letter and it sets a standard for handling situations similar to his.

The letter, written by Trent Derrick, Board Chair of SD57 goes as follows:

School District 57 (Prince George) acknowledges the abuse that you experienced during your participation in school district activities as a youth in the area of Prince George, BC.

School District 57 (Prince George) is committed to providing a safe environment for youth today, and has focused significant efforts in recent years to ensuring this type of abuse does not occur. We want you to know that we are committed to these ongoing efforts. We are deeply sorry that you experienced this harm, and we wish you the best on your path to recovery.

Bruneau plans to build a house and start a pension with the $1.1 million, however, he also stated, “the money doesn’t negate the struggle I’ve always had, there’s no amount of money that would pay for the amount of mental health issues I’ve had.”

Due to the severe psychological trauma that Bruneau has been dealing with for his entire life, he was unable to have children of his own, but is now about to become a step-grandad and is engaged to PG resident, Marcella Lindsell.

He paid special tribute to the Community Counselling Centre in Prince George and admitted that he probably wouldn’t be alive today if it weren’t for their services.

A list of other mental health resources available in PG can be found here.