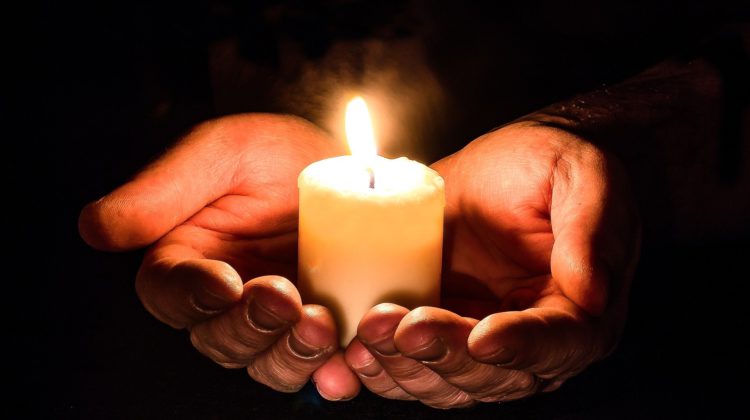 Ceremonies around the world were held yesterday (January 27) to mark Holocaust Remembrance Day.

January 27, 2021 marked the 76th anniversary of the liberation of the Auschwitz – Birkenau concentration camp in Poland, where more than one million Jewish people were killed by Nazis in World War II.

“For all Jewish people, it’s a very personal and private day. Very few Jews in the world are unscathed or untouched by the Holocaust,” said Eli Klasner, one of the creators of the Jewish Friends of Prince George Facebook page.

“Many have direct relatives who were lost, so it’s really also a very personal day.”

Most activities and memorials were moved online, hosted by organizations like the Vancouver Holocaust Education Centre.

The once large Jewish community in Prince George and Northern B.C. is now a fraction of the size, says Klasner.

During the Second World War, there were a significant number of Jewish people in the Northern region but it soon began to dwindle.

COVID-19 distancing guidelines have presented an added challenge for an already small community.

“We actually reconnecting and started community activities just as recently as 2019. Unfortunately, the COVID pandemic started after our first two events. We keep in touch on social media, we have a Facebook group, and we really are looking forward to having a community event as soon as gatherings are allowed again,” said Klasner.

One thing to note is that there are different iterations of Holocaust Remembrance Day.

In Israel the day is called Yom HaShoah, held in the Hebrew month of Nisan, which is in April.

HaShoah is the Hebrew word for Holocaust, directly translating to ‘calamity.’

In Orthodox Jewish communities, there is a religious holiday called Tisha B’Av, literally meaning the ninth day of the month of Av, a Hebrew month.

“That is a full 25 hour day of mourning and fasting, no food or water for an entire 25 hours, we don’t even sit on furniture for half the day, we sit on the floor,” Klasner said.

The ninth day in August is seen as the official first day of the Holocaust.

“In 1941. Then four years later, six million Jews were murdered and that was one-third of the Jewish population in the world at that time. Gone in four years.”

It’s important for people to talk about the event, says Klasner, because people need to understand the signs, causes, and the effects of prejudice and racism — especially in a contemporary context.

“There was a poll that came out recently that suggested that two-thirds of people under the age of thirty had no idea what Auschwitz was,” Klassner recalled.

“We know that antisemitism has been on the rise for the past few years, in the United States, Canada and Europe. It also exists all over the internet, the internet is just covered in antisemitism. It’s not even hidden in the dark web anymore. We’ve seen numerous horrific and violent events over the last couple of years, shootings and massacres at two synagogues in the United States,” he added.

For him, January 27th is about education, and making sure people understand antisemitism hasn’t just ‘gone away.’

“It’s still here and has an impact throughout our society.”