“Our owners are committed to this,”: PG Cougars await feedback on proposed hub city plan 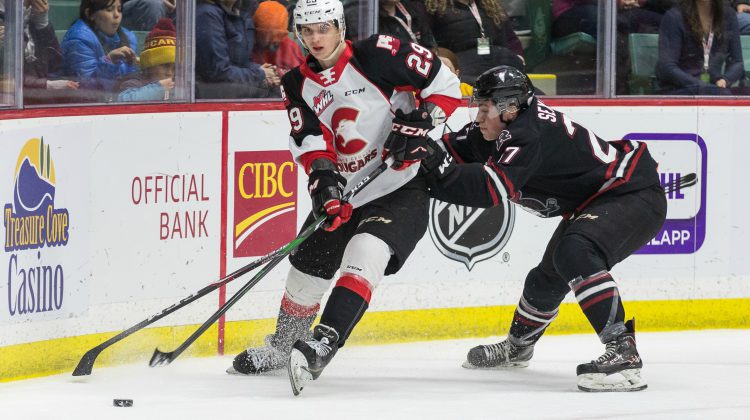 Prince George Cougars Vice-President of Business Andy Beesley stated BC Health Officials are mulling over a proposed bubble plan for the province’s five WHL teams to begin play next month.

According to Kamloops This Week, if the plan is approved, teams like the Cougars and Kamloops Blazers would play out of the Sandman Centre while the Victoria Royals and Kelowna Rockets would make Prospera Place their home base.

Beesley told MyPGNow.com all five ownership groups are willing to go to the mat for their players.

“It’s another example of the commitment the owners of the Prince George Cougars as well as the owners right across the entire league are still committed to doing whatever it takes to safely and responsibly give our players some development this year.”

“What this means is that if we can get to play safely by going into a bubble they’ve said they are committed to doing that and they are willing to do that.”

“It makes sense that we would look like Kamloops and Kelowna as they are a couple of hours in between each city and I think the idea is we want to avoid moving from hotel to hotel and I think being situated in either one of those cities makes a lot of sense.”

The home base for the Vancouver Giants has not been determined yet.

Beesley expects an update by the end of the week.

Last week, the WHL received approval from the Alberta Government and the province’s Health Services to begin play February 26th.