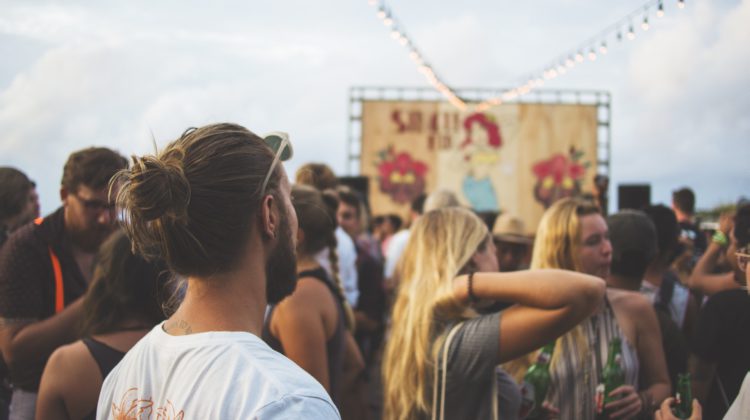 People at Concert (Photo by Pixabay)

As BC dives deeper into the COVID-19 Vaccination Rollout Plan, Provincial Health Officials presented an update on how and where the virus has affected people.

These include musical or theatre performances and minimize attendance of weddings, funerals and baptisms to 10 attendees including the officiant, however, receptions are not allowed.

The guidelines will be continuously reviewed with a target set for the end of February to ease restrictions and return to the ‘Safe 6’ rule if rates remain relatively low.

The province is working with ViaSport to plan for youth sports to be back up and running at the end of the month if restrictions are eased.

“We are bending our curve but we need to protect the progress we have made, we need to buy ourselves more time to get our immunization plan back on track and push out case counts down further, this will allow us to respond quickly to any surge in Variants of Concern (VOC) that may come up very quickly,” said Henry.

VOC’s came to the attention of health officials when the UK variant, which transmits at a rapid rate, was first identified in BC.

COVID-19 is an RNA virus, meaning it has a single genomic sequence, this means every time it is replicated, there is a potential for it to change or mutate.

“That can in some cases lead to a virus that has the ability to take over or spread faster, giving it an advantage, which is what we’ve seen in the UK,” said Henry.

Henry explained that the South African Variant could also be immune to some of the vaccines.

BC is conducting Whole Genome Sequencing and can screen thousands of virus samples a week to find any VOC’s.

Whole Genome Sequencing works by determining a complete DNA sequence of the virus genome at a single time.

Within the report, Health officials also provided some statistics on transmission based on age.

The 20-29 age group continues to see the most COVID-19 cases, with the age group reporting around 180 cases in the province in a one week period at the tail-end of November. 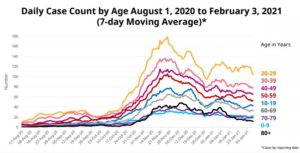 Henry added that since BC’s immunization program began, the province has seen a dramatic and sustained decrease in illness amongst the province’s elderly population.

BC is quickly approaching the second phase of the provincial immunization program, which expands immunizations to additional vulnerable populations, Indigenous communities, health-care staff and all seniors over the age of 80.

To measure the short-term effects of the vaccine, all recipients are being asked to Adverse Events Following Immunization (AEFI) Report if they feel any after-effects.

Only 55 (27%) of the people that provided an AEFI report have had serious adverse effects, most of which were anaphylaxis.

Henry also noted that many people that were scheduled to get vaccinated haven’t been able to because they recently got diagnosed with COVID-19, and only a small amount of people haven’t consented to receive it.