UNBC to recognize all-time greats with Timberwolves Wall of Honour 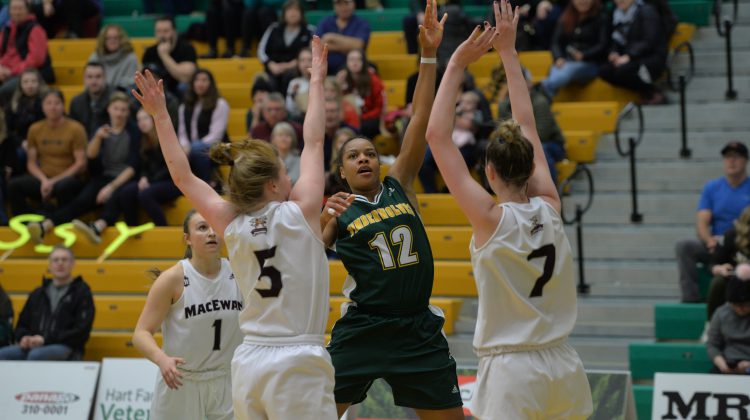 Over the past 23 years, the UNBC Timberwolves have developed some pretty special student-athletes during their history and now the greatest to ever wear Green and Gold will be recognized for their achievements.

The university unveiled the creation of its Wall of Honour (WHO), today (Tuesday).

“The Timberwolves have been around for more than two decades, beginning in the Canadian Collegiate Athletic Association and moving to the Canada West conference and U SPORTS level of university competition,” said UNBC Director of Athletics and Recreation, Loralyn Murdoch.

“The time felt right to create a Wall of Honour to begin to really celebrate those extraordinary individuals who helped build this program into what it is.”

Looks ➡️ like ➡️ something ➡️ is ➡️ happening 👀 pic.twitter.com/hxtZqcjELH

It will be located at the Northern Sport Centre.

Digitally, it can also be accessed on the UNBC website, with extensive biographies of all inductees.

“The Timberwolves are synonymous with UNBC and in recognizing these outstanding players, we also recognize them as outstanding people,” said UNBC Interim President, Geoff Payne. “These athletes came as players and emerged as leaders, both on and off the court. These UNBC Timberwolves that we are celebrating are truly outstanding ambassadors for their team, UNBC, their community, and themselves and we could not be prouder”

The inaugural class of 2021 is comprised of 15 members.

To be eligible, student-athletes must be at least one year removed from their final year of competition.

UNBC will release inductees one by one over the coming weeks, before unveiling the wall when the inaugural class is completely announced.