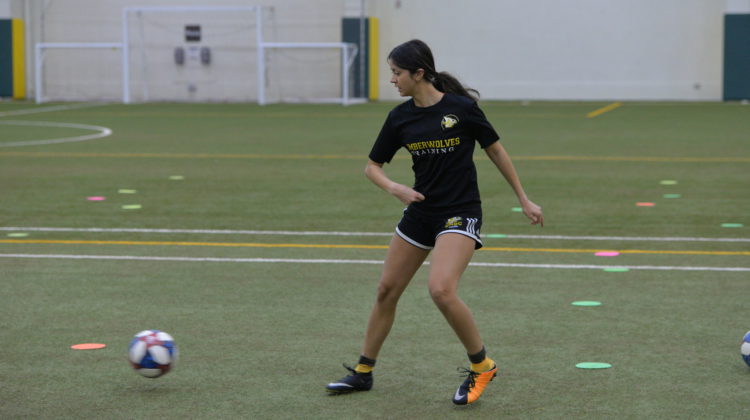 A veteran at the collegiate level has decided to make UNBC her next stop on her soccer journey.

Today, the university’s Women’s Soccer team announced the transfer of Anna Kaied for the upcoming season.

“It’s really nice that I am here. I think I made my parents really proud, and I made myself really proud. I worked hard to get here. A lot of hours of training, and in high school, not being able to hang out with friends because of soccer. It paid off, which is really nice.”

She added the chance to join the Timberwolves was an opportunity too good to pass up.

“Considering I thought I was going to retire after last year, it’s nice to just train and get my feet back under me. There is not a lot of pressure in terms of the game aspect. Just training and getting myself back to where I was.”

The nursing student, who has aspirations of a career in pediatrics, will join her new teammates for training camp in the summer as they prepare for the Canada West fall season.