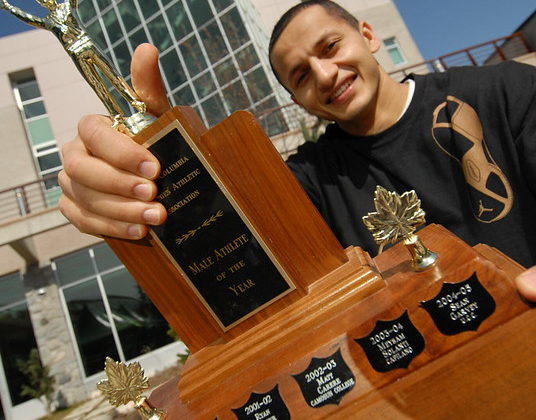 He was one of the best and brightest to hit the court for the UNBC Timberwolves and now he is a part of the school’s Wall of Honour.

Inderbir Gill was a 2008 transfer from Everett Community College and was recruited by then Timberwolves coach Zane Robison.

He had led the North West Athletic Association of Community Colleges in assists and steals, before deciding to complete his final three years of eligibility in Prince George.

At the conclusion of the campaign, he earned UNBC Most Outstanding Player, a BCCAA First Team All-Star, and CCAA All-Canadian honours, helping the TWolves to Provincial bronze and a fourth-place finish at Nationals. 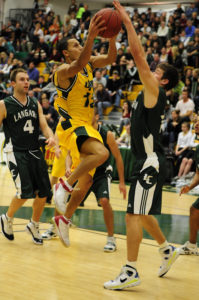 Gill was nothing short of sensational in 2009-2010 as he put the Timberwolves on his back, leading the team to the most memorable year in program history.

Averaging just under 18 points a game, Gill led the TWolves to a 17-1 regular season, a BCCAA Provincial Championship, and the CCAA National Championship.

“It’s a great honour first of all and anytime I think about UNBC, I just think about all of the relationships or friendships and the people I met over there made things so much sweeter,” said Gill.

In addition, the BCCAA named him a First Team All-Star and Player of the Year, as well as MVP of the Provincial Tournament.

At the National level, Gill earned CCAA All-Canadian status, MVP of the National Tournament, and incredibly, was named CCAA Male Athlete of the Year.

Dennis Stark played alongside Gill in the National Championship season and said it was easy to follow a leader who was willing to go the extra mile to ensure his teammates and his team were successful.

“It must be a coach’s dream to have a captain who is your most talented player, hardest worker, and fiercest competitor. Gill held us all accountable, and as a player, you respected and responded to his feedback because there was nothing he would ask of us that he wasn’t doing himself,” said Stark.

“In games, he knew when to take over and make the big play, but also always got the ball to his teammates in spots where we could excel and play to our strengths.”

Gill’s final season he earned a third UNBC Most Outstanding Player award, along with BCCAA First Team All-Star status and BCCAA Player of the Year.

The fifth-year guard helped UNBC go 16-2, where he was named an All-Canadian and became the first UNBC student-athlete to earn CCAA National Player of the Year.

Gill retires as the second-leading scorer in team history with 1001 regular-season points.

“To spend three years there and to win a National Championship and make some lifelong friends has been a blessing. Every time I talk about UNBC brings me so much joy.”

“It was truly some of the best times of my life.”

His 319 assists were also top spot in TWolves history.