Take off your toques! Prince George expected to warm up for the weekend 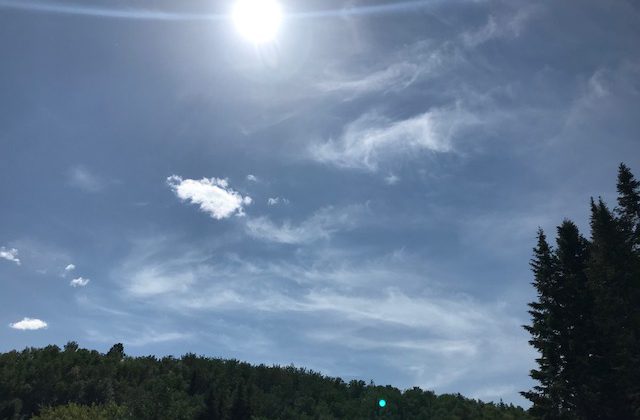 Environment Canada says Prince George is in for some warmer weather this weekend, with Sunday possibly reaching nine degrees.

“We have a deep, low-pressure system that’s forecasted to move throughout Northern BC, this is going to really pick up the winds across the Central Interior including Prince George, giving us much warmer weather for part of the weekend at least,” explained Doug Lundquist, Meteorologist with Environment Canada.

Lundquist says the temperature change from last week’s cold snap is quite dramatic but isn’t unexpected as we approach the Springtime.

Environment Canada is also predicting snow will hit the streets of PG on Saturday night, turning into rain on Sunday morning as the city warms up.

Strong winds could also be on the horizon for PG, with the low-pressure system bringing in strong winds on Sunday, Lundquist says to watch for a potential wind warning being issued.

Once the system passes this weekend, PG is in for temperatures hovering around the zero mark throughout next week.

“That one Sunday is pretty extraordinary but the rest of the week is going to be pretty average, our average highs are about 0-2 degrees for this time of year so it’s kind of on the increase,” he noted.