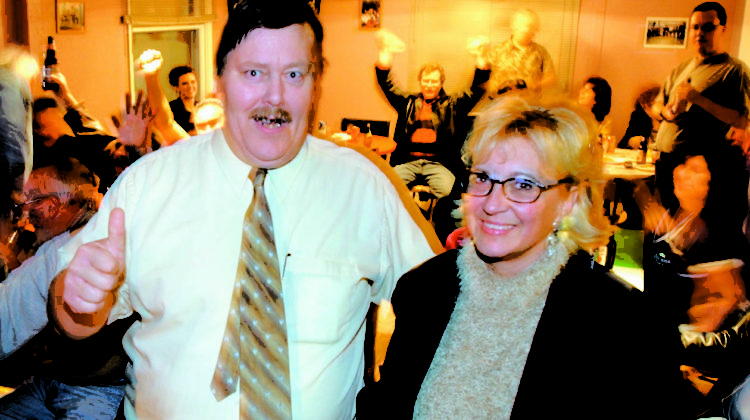 It’s safe to say Glen ‘Moose’ Scott left a larger-than-life impression on everyone he met. 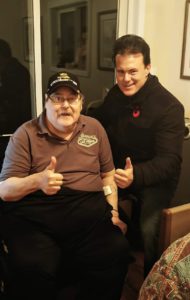 The long-time Prince George resident, who passed away from cancer on Friday at the age of 75, wore many hats in the northern capital.

From sales and lacrosse to stockcar racing and sports radio, he even tried his hand at municipal politics.

A true renaissance man, Scott was a two-time city councilor, a sports director, a liquor delivery driver, and a stock car race announcer, among several other professions, hobbies, and volunteer work.

Originally from Vancouver, ‘Moose’ moved north at the age of 23 to work at Woodward’s in Prince George, and after that, a liquor delivery driver.

He soon picked up a gig as a bouncer at The Barn, a country bar located in the Coast Inn of the North.

Scott would write down sports scores and report them by phone to CJCI AM 620, a station where he would eventually become sports director.

“He did everything one hundred percent. He went into something and did it with his whole heart and soul. He wouldn’t start a project if we couldn’t follow it right through,” said Ron Edgar, who co-founded the Prince George Senior Lacrosse Association.

Edgar and Scott’s friendship would span over 40 years, a milestone that didn’t come without its fair share of explosive discussions, and sometimes arguments.

“We definitely hit a few bumpy roads. We had a few yelling sessions,” recalls Edgar.

One time in particular sticks out.

Scott and Edgar entered into a yelling match that happened to be in a public place.

“Names were called and we just about came to blows, we were just screaming and yelling and that, everyone scattered,” said Edgar.

Five minutes later, they were walking and talking at the other side of the rink, much to the confusion of bystanders.

“We worked it out. We just talked to each other, you know not very quietly, but if it’s over it’s over. We moved on. That’s the type of relationship we had. We could be mad as hell at each other one moment, and five minutes later it’s over,” said Edgar. 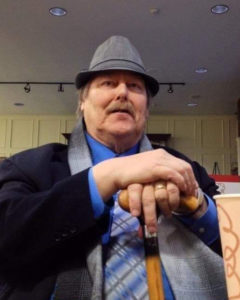 The two met in the mid-1970s, but truly became friends in the mid-’80s while playing slo-pitch.

It went from slo-pitch to lacrosse by 1991, and together, the two men have built a lasting legacy for the sport in Prince George and Northern BC.

Their first goal was to try and get the national president’s cup championship to Prince George, a dream that came true in 1995.

In 1999, they started the Alcan Cup, now known as the Treasure Cove Casino men’s championship, which is still running today.

Before these, there were no tournaments outside of provincials.

In Edgar’s opinion, Scott broke down a barrier in the sport, making it more accessible to the average player.

“I think that’s his legacy. Having lacrosse develop from a higher level sport where you could only play at the end of the year at the provincial championship, if you made it, to a place where you can go and have fun on the weekend and play a tournament,” said Edgar.

“When you start playing lacrosse, it gets into your blood. It’s hard to describe. It’s in your blood, that’s all.”

Not just an avid sports fan, friends say he also had a sincere love for his community and the people around him.

Scott served two terms on city council starting in 2002 and ending in 2008, worked as a B.C. Lacrosse Association Executive, and was inducted into the Prince George Sports Hall of Fame in 2014.

He also worked for Pitney Bowes, Investors Financial Group and in the sales department for P.G. This Week/Buy and Sell newspaper.

He “retired” in 2013 due to health concerns but kept active in the community including devoting time to the Prince George Spruce Kings.

“He couldn’t organize a three-man outhouse with two people helping him, but he sure could sell tickets to that,” said Edgar.

“He could sell the pope holy water. He could do anything.”

– with files from Hartley Miller, MyPGNow