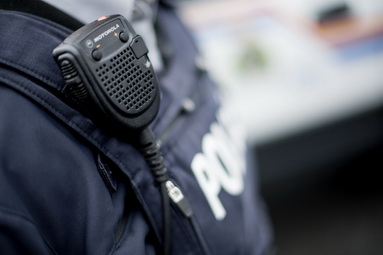 It was a busy start to the day for the Prince George RCMP after a motorhome collided with a North District Traffic Services vehicle near 5th Avenue and Central Street West.

It happened just before 8 o’clock this morning (Monday).

“The North District member received no serious injury and continued to follow the motorhome, which was driving erratically on the road and would not stop when the member activated his emergency lights. The North District member then contacted Prince George RCMP frontline officers for assistance in stopping the erratic driver,” stated Cst. Jennifer Cooper of the Prince George RCMP.

The driver then made contact with a pick-up truck at the intersection of Haldi Lake Road and Highway 16 west.

According to police, the driver of the pick-up truck was not seriously injured.

The motorhome finally stopped at an address on the 9000 block of Haldi Lake Road.

The driver attempted to flee when police arrived but was taken into custody where he will remain until he attends court.

Emergency Health Services transported the female passenger of the motorhome to hospital for treatment of her injuries.

Police will be forwarding several charges including flight from police, resist arrest and dangerous operation of a motor vehicle to the B.C. Prosecution Service for assessment.

The RCMP will also investigate the status of the driver’s license at the time of the offence.