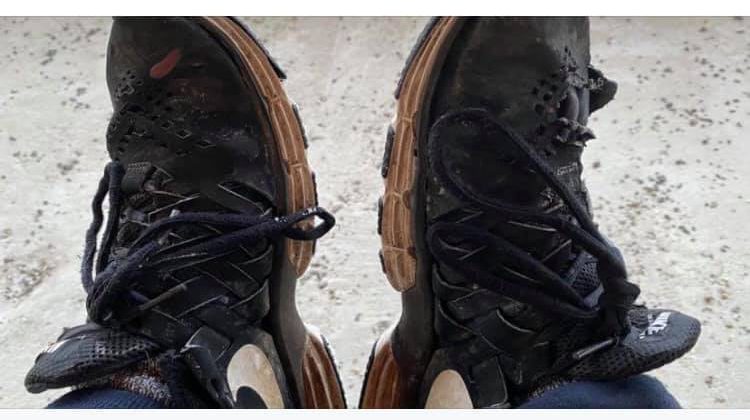 She’s a woman on a mission. 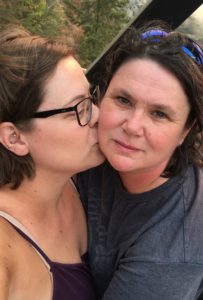 Sandi-Michelle Thompson of Prince George walks up the University hill every day.

The 52-year-old has walked in -30 temperatures, getting frostbite, blisters, and even wearing through a pair of shoes entirely.

“I just made a commitment to do it every day. I’m pretty impossible to stop once I start something,” Michelle told MyPGNow.

What began as a way to break up the monotony of life during the pandemic has now lasted five months — but it’s not just for exercise anymore.

Thompson, who is of mixed Métis, Carrier-Sekani, and white heritage, is walking 728kilometres; the equivalent of the Highway of Tears.

Over 80 Indigenous women and girls have been reported missing or murdered along the highway, stretching as far back as 1970.

Walking, in spirit, from Prince George to Prince Rupert, she is raising money for the New Hope Society, the only sex worker support organization in Northern BC.

“I wanted to do something challenging and easily measurable,” said Thompson.

She says her journey was inspired by the Highway of Tears book by Jessica McDiarmid, which she listened to in the early stages.

Thompson was most affected by the local story of the ‘dirty judge’ David Ramsay, convicted of sexually assaulting underage Indigenous women over a nine-year period starting in 1992.

“That really made me mad. When I became upset about that, I thought; ‘ I can’t change this epic problem but at the very least I can raise a little bit of money,” said Thompson.

“For me, it’s reclaiming, but it’s also a way of rewriting. Rewriting my own personal experience of the struggles that go along with being Native. I myself, am reclaiming the better narrative.”

She started on October 28 with the goal of raising $728 — exceeding her goal that day.

Intending to do the entire 728 km in one pair of shoes, it got to a point where that wasn’t feasible.

“They just became more and more beat up. I mean, they were soaked. I was doing blizzards in these rotten shoes. They were just rotten. Holes, tears, rot,” recalls Thompson.