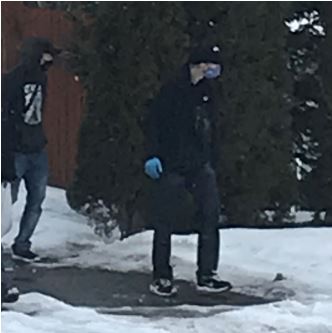 Upon arrival, Police found the residence had been broken into and a number of long guns had been stolen along with the secured cabinet they were in.

An image of the suspects was obtained by an alert witness.

Investigators believe that they are associated to a pick-up truck and at least one other person.

Anyone with information on the incident is being asked to contact Crimestoppers or the Prince George RCMP.