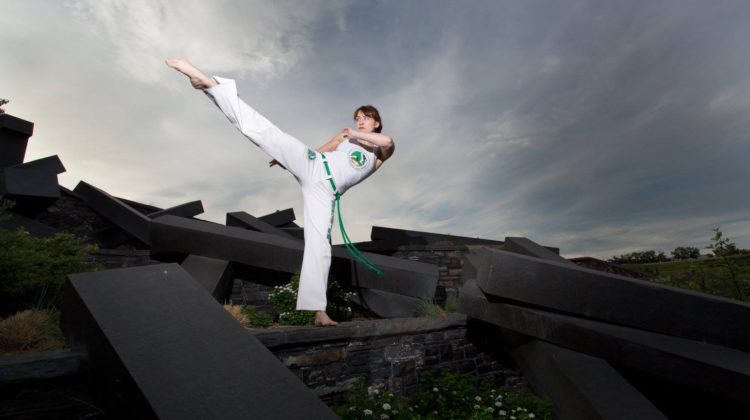 From a young age, Celene Harder was intrigued with performing. 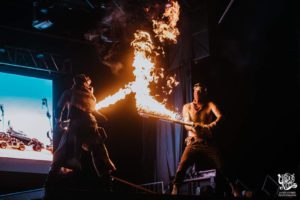 The Prince George product’s journey began at the Hart Judo Academy under coach Bruce Kamstra as a teenager.

She developed a liking for martial arts while at the same time having an eye for the stage, working with the PG Theatre Workshop Society.

“My parents took me to Theatre Northwest and that was really amazing to see these professional-level productions and then the experience that I got with the Workshop Society doing amateur shows really lit a fire in me.”

After developing a passion to perform and graduating from Kelly Road Secondary in 2005, Harder followed her heart and headed east to Alberta to collect her Theatre Degree from the University of Calgary.

Once getting her foot into the industry, Harder’s career path took an interesting twist.

“I kind of stumbled into circus entertaining unexpectedly. It’s not really where I would have seen myself but there is a great company in Calgary called Green Fools. They do circus and physical theatre and they mold the two so that is how I learned to walk on stilts.”

“A lot of people will have done some sort of sport or physical training during their childhood and as they transition out of being able to compete they often go into the stunt world where they have specialized skills that are used and others are just action-type people. That’s just what I do.”

“I also do fire spinning as well and I eat fire, walk on glass and do various stunts and sideshow acts. I like to be well-rounded.” 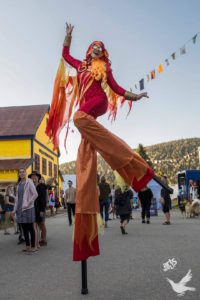 Harder cashed in on some opportunities with a company called Theatre Encounter, where she has been a resident artist for nearly 11 years.

“I’ve also produced a fair amount of work on my own as I’ve got a little indie company called Valor and Tea so it’s myself and my co-artistic director. We’ve created new theatrical works, touring them around western Canada for the last decade.”

When asked if certain performances or routines still stick with her to this day, Harder told MyPGNow.com she was part of an immersive drive-thru experience of Mad Max Fury Road.

“I was a part of that and it was wild. There was a lot of running around in post-apocalyptic gear and fighting with a lot of fire. The highlight of that was the opportunity to do a fire sword duel.”

In addition, Harder was lucky enough to perform stunts on an episode of Black Summer, which is a Netflix zombie show.

Harder applied her craft into the role of fight designer for an independent feature called Valerie based on a female motorcycle gang, which came out in 2019.

She was also a fight designer and performer for GoGo Battles – a live-comedy wrestling show, similar to GLOW and WWE with big characters and silly gags.

The Kelly Road Secondary graduate plans on going where the work is once the pandemic is over even if that means splitting time between Calgary and Vancouver.