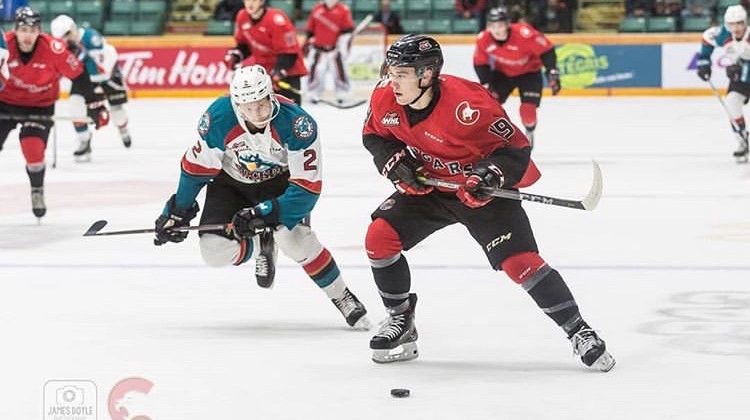 It looks like the five B.C. Division teams in the WHL, including the Prince George Cougars, will return to the ice in the near future.

Although details have not been announced, B.C.’s health minister, Adrian Dix has told the media the WHL’s return-to-play protocol for its B.C. Division teams has been approved.
There has been speculation of a 24-game season in a hub city of Kamloops and/or Kelowna.
Provincial Health Officer Dr. Bonnie Henry is expected to address proposals from both the WHL and BCHL during this afternoon’s 3:00 media briefing.

The Ministry of Health has issued the followed statement to mypgnow.com

“The BCHL has made a recent proposal and the office of the Provincial Health Officer is working on reviewing this with the league. We will have more to say about decision on the WHL at today’s (Tuesday’s) 3:00 p.m. media availability.”

Here’s the official response from Adrian Dix when asked by ⁦@GlobalBC⁩ ⁦@richardzussman⁩ about #BCHL and #WHL we’ll have more on tonight’s NewsHour Sports pic.twitter.com/M8dhK2tYcL

NEW – Health Minister Adrian Dix says the WHL season has been approved by provincial health here in British Columbia and expects the season to go ahead. Says there are some health authority issues still being worked out, but the season will be played. #bcpoli #covid19BC

British Columbia is the last WHL jurisdiction to approve a return to play. #bcpoli

More from Minster Dix from a question posed from @richardzussman today re: WHL approval in BC… “The plan has been approved in principaLand I expect their season in BC to go ahead.” Then goes on to say he’s concerned about how all sports has been disrupted for young people.

Here’s the WHL / BCHL talk today from BC Health Minister @adriandix in a scrum this afternoon. Says WHL has been approved in BC… and updates BCHL. Audio courtesy @richardzussman https://t.co/NO0zq6JnTV

The BCHL is also waiting for confirmation to begin its shortened-season.

Talked to @GoBCHL commissioner Chris Hebb. Says he’s still waiting to hear from provincial health authorities on whether his 17-team Junior A league will be allowed to restart game play.