“We’ve been talking about this for months,”: PG Cougars ready to hit the ice 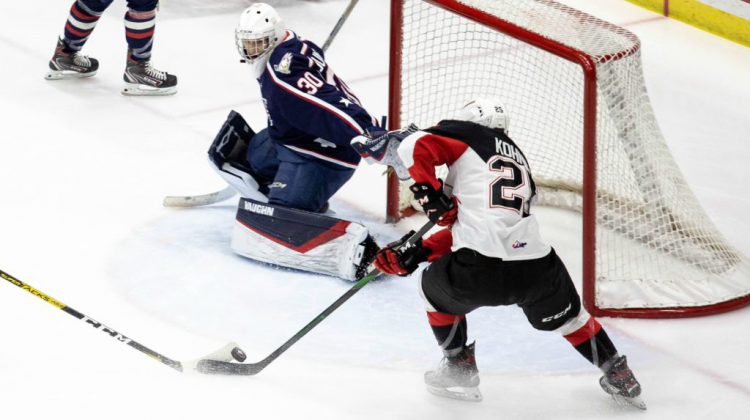 After a year-long absence with no games to speak of the Prince George Cougars are ready to drop the puck.

This comes following the approval of the Provincial Health Office to allow the WHL’s two-city Hub format situated in Kamloops and Kelowna for the league’s BC Division.

The Cougars, Vancouver Giants, and the Blazers will be based out of Sandman Centre in Kamloops while the Rockets and Victoria Royals will set up shop at Prospera Place in Kelowna with play beginning on March 26th.

The Western Hockey League has been granted approval to host Hub Centers in Kamloops & Kelowna.

Cougars Vice-President of Business, Andy Beesley told MyPGNow.com, while the final cost hasn’t been determined, the bill for the ownership group will be steep.

“When you add the cost for all of the PPE equipment, the testing, we are going for the very best testing you can get privately in addition to the hotels, the meals, travel, equipment, and staffing costs suffice to say it’s going to be a profound amount of money that we will be paying for this.”

However, Beesley added there is a huge sigh of relief now that their proposal has been greenlit.

“We’ve been talking about this for months, and months and months just wringing our hands with worry and trying to plan as best as we can but most of all, the players now have a focus that they can sink their teeth into.”

While it is not known what the plans are for the playoffs yet, Beesley mentioned the season will have some meaning.

“There will be some sort of a championship or a format that will allow us to play for something this season.”

“I can tell you that right across the board the players and our coaching staff are very competitive by nature and they want their season to mean something and to have some kind of at title at the end of it. What that is hasn’t been determined yet because we just got approved for the 24 games.”

Beesley admitted while the setup is far from ideal from the fan perspective, Cougar supporters will still have the opportunity to support the club from afar.

“Originally, we were still hoping to be playing out of the CN Centre, we were still hoping our fans can watch some games. We’ve gone through such a variety of emotions and feelings about everything that at the end of the day we are super grateful that the provincial health office gave us the chance to play. We are just happy that is happening.”

The BC Division schedule will be released in the near future.