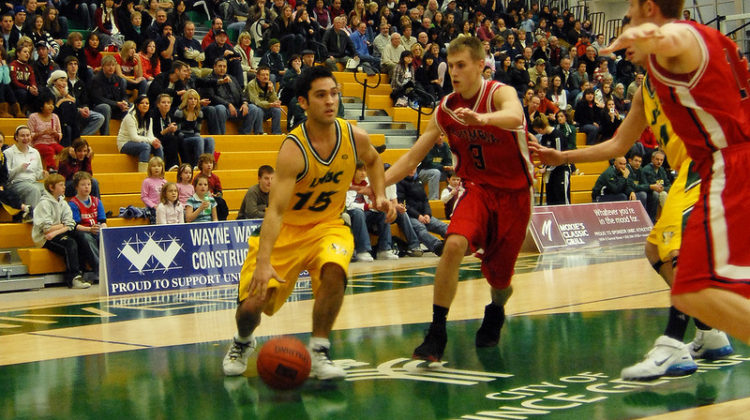 From undersized freshman to prolific scorer, Jay Gladish squeezed every ounce of effort out of his body while playing for the UNBC Timberwolves.

Despite a good run during his high school days at Chilliwack Secondary, Gladish flew under the radar when it came to recruiters but eventually caught the eye of former T-Wolves men’s basketball coach Zane Robinson.

In an interview with MyPGNow.com, Gladish credits his workout regimen as one of the reasons why he was so successful on the court.

“I was a gym-rat in high school and was in there before school, during lunch, and after school for the most part and kind of did the same thing when I was at UNBC as well.”

“My first year, playing against grown men every day against some pretty big boys allowed me to figure things out but it wasn’t until my third year that I understood how to play at a high level.”

Gladish’s role increased in his sophomore season adding a dangerous jump shot to his game along with his tireless defensive prowess.

He increased his scoring output by nearly ten points per game, from 3.1 to 12.3, good for top-25 in the conference.

As a result, Gladish was named the T-Wolves Best Defensive Player during the 2003-04 campaign.

Gladish made the decision to sit out the 2004-2005 season but returned with a vengeance the following season. 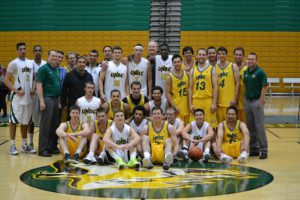 The shooting guard poured in 359 points for 19.9 points per game.

In addition, Gladish was named a BCCAA First Team All-Star for his efforts.

“I didn’t really take any time off from playing basketball, I just took a break academically and was re-assessing what I wanted to do with things so I came back with confidence knowing what I could do.”

“It just kind of came together for me playing with good players and it was gradual for me. It didn’t happen overnight,” said Gladish.

Gladish in a way grew up with the Timberwolves program during his tenure in Prince George playing four years at the gym of the College of New Caledonia to opening up the Northern Sport Centre in his final season.

“My fifth and final year, we were playing in the Northern Sport Centre so that was a nice way to finish off my career and the fans were always there supporting us.”

In 2006-07, Gladish again proved to be one of the most devastating scorers in British Columbia, equaling his output from a season before.

For the second consecutive season, he averaged just under 20 points per game, finishing second in BCCAA scoring as well as repeating as Timberwolves Most Outstanding Player.

As an encore, Gladish put a bow on a historic five-year run in green and gold.

The veteran continued to light up the boxscore, with averages of 14.1 points, 3.5 assists, and 3.2 rebounds per game.

Gladish concluded his time at UNBC as the program’s all-time leader in points with 1178 and assists with 230.

“It feels like those days are kind of long gone but it’s always nice to relive those times and this allows us to think about things from back in the day. This honour is great.”

Gladish graduated UNBC with a Bachelor of Commerce, and now lives in Burnaby with his wife Nicole and children Luca and Elena.