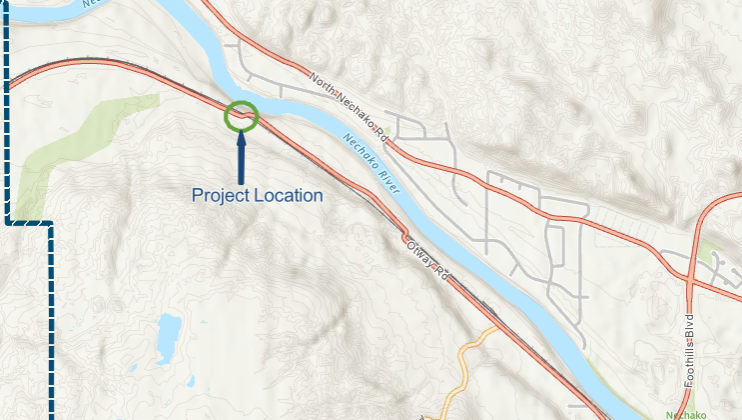 A new CN Railway crossing with all the bells and whistles is coming to the Prince George area, according to a report to City Council.

The project will be located at the west Otway Road crossing, roughly 4 kilometres northwest of Foothills Boulevard.

CN plans to modify the existing crossing warning system with the installation of a roadway warning system consisting of flashing lights, bells, gates and a constant warning time device.

In the report, Blake McIntosh, Acting Director of Civic Operations says a constant warning device is necessary to detect varying train speed, and to provide consistent warning for drivers approaching the area.

All crossings that already exist have to be updated to comply with new standards, he added.

“As this is not a City asset we’re contributing to, we cannot capitalize these costs and so it becomes an operating expense,” he said, adding the funding source would
need to be the City’s contingency budget.

McIntosh says the same system was installed at two local other crossings in 2019 as part of CN’s rail line twinning project.

The cost of maintaining the crossing warning system shall be paid 50% by the Road Authority and 50% by the Railway.

The works are expected to be completed by March 31.