Cougars to play BC Division rivals six times each 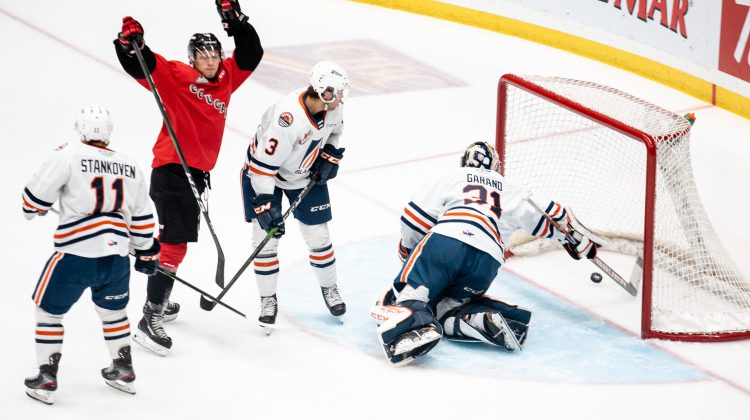 The Prince George Cougars only have to wait 18 more days before they finally drop the puck for the first time in over a year.

Today (Tuesday), the Western Hockey League unveiled the entire schedule for the BC Division.

The Cats begin their 24-game journey on Saturday, March 27th against the Kamloops Blazers from Sandman Centre.

12 of the Cougars games are scheduled either on Friday and Saturday nights or Sunday afternoons. Five games are on Wednesdays, three on Mondays and two each on Tuesdays and Thursdays. Games in Kamloops start at 7:00 pm and games in Kelowna start at 7:05 pm. Games scheduled on Sundays are at 6:00 pm in both Hub Centres.

Eighteen of the Cougars games will be played in Kamloops with only six occurring in Kelowna.

PG will be playing the Blazers, Rockets, Vancouver Giants and Victoria Royals six times each.

The Cougars conclude their regular season schedule 47 days after it starts on Wednesday, May 12th against the Blazers.

Fans can listen to all 24 games on 94.3 The GOAT, and they can watch every game through the newly launched WHL Live on CHL TV. More details available by visiting www.watch.CHL.ca.

A full link to the schedule can be found here.