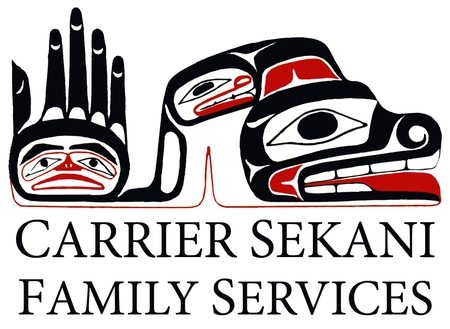 Cheslatta Carrier Nation Chief Corrina Leween is searching for answers after a plan to build a 60-bed addictions treatment facility near Vanderhoof was shot down. 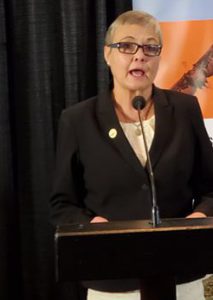 The proposed location for the facility is the Tachick Lake Resort but was denied last month by the Agricultural Land Commission.

Leween told Vista Radio this effectively denies a non-farm use exemption application that was recently submitted, but there are more questions than answers.

“The land we are talking about is really not an agricultural piece of land – it’s designated as one but it hasn’t been used for that and has been used for a commercial venture. Once Carrier Sekani Family Services purchased it, the ALR process came into place. It might have been there before but it was granted for commercial use and it doesn’t seem like there was a process there.”

Leween and Carrier Sekani Family Services (CSFS) stated the facility has been used as a commercial lodge and campground since the 1960s. The location was chosen after years of due diligence and feasibility studies commissioned by the organization.

She added the proposed location gives those living in rural and urban centres a fighting chance in securing treatment.

“In the north, one of the biggest things is location. You have to be close to medical facilities when you are doing the treatment process, this involves detox and it can be harmful if it’s not done right.”

“That is one of the reasons why this site is favourable is because of access to medical facilities and it’s also central to our communities going from Burns Lake all the way to Prince George and even Fort Saint James.”

According to data from the CSFS, Indigenous people are dying from an overdose at a rate that is five times higher than other BC residents.

“We’ve lost so many people in the last little while, especially young people to the opioid crisis. My goodness, we have to start somewhere as this is such a needed area to address.”

The CSFS remains in negotiations with the province and other stakeholders for the project, which includes an initial dedication of nearly 6-million dollars from the First Nations Health Authority.

The total project costs are estimated to be in the 16-million dollar range.

“There is a need to review and we are hoping that the review will be good for our communities.”

In its release, the CSFS noted part of the treatment model includes agriculture activities, where patients will learn gardening through building and maintaining a community garden and a traditional food processing unit.

“To me, they need a cultural component to their treatment and this facility is designed to give them that. This means living off the land and taking back roles with men being the providers and women being child bearers and the givers of life,” added Leween.

“We are quite disappointed” 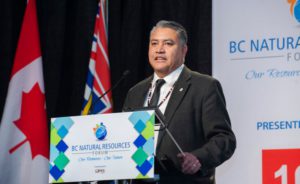 BC Assembly of First Nations Regional Chief is of the opinion the roadblock is a major blow in developing a quality treatment centre.

“We are quite disappointed like they are in terms of the decision from the Agricultural Land Commission to decide not to allow this health and healing centre to be developed in the area and certainly is disappointing.”

“This would certainly provide health services and mental health services for Indigenous people here in the north central interior and it would have provided the help that we need not only in this pandemic but also those suffering from the overdose crisis.”

Teegee is in Leween’s corner in that the proposed addictions treatment facility is being unfairly punished due to technicality.

“It had the infrastructure for a facility such as the one being proposed and it’s been there since the 1960s’. Really, it’s something that has already been there and been utilized in a similar fashion except for tourism.”

Vanderhoof Mayor Gerry Thiessen noted the illicit drug crisis seems to be tightening its grip in the northern region and a drug treatment centre would be a good start in seeing some of the overdose numbers go down.

“We have seen in this past year a lot of struggle with addictions and we need to work diligently to find a solution.”

“There is a real need for a centre where the time of stay and treatment can be a continuous program. We need to work as this is something we cannot take lightly.”

Prince George recorded its highest amount of illicit drug toxicity deaths in 2020 with 58 according to the BC Coroners Service.

Northern Health’s drug toxicity death rate of 46 per 100,000 thousand people is the highest in the province and is seven-points higher than Vancouver Coastal which is second at 39.

The Coroner Service noted the Northern Interior Health Service Delivery Area, which encompasses PG-Quesnel-Burns Lake and the Robson Valley, had the second-highest drug toxicity death rate at 57.8 per 100-thousand people, trailing only Vancouver (58.9).

In January, our health region recorded 17 illicit drug deaths, with seven of those occurring in PG.