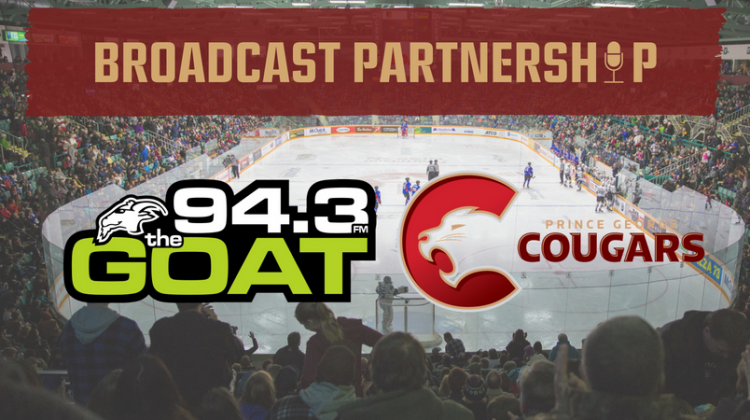 The Prince George Cougars, 94.3 The GOAT, and Vista Radio have renewed their radio broadcast partnership for the 2020-21 season.

All 24 Cougars’ games in the BC Division Hub Centres in Kamloops and Kelowna will be broadcasted on 94.3 The GOAT, starting with the team’s season opener on March 27th against the Kamloops Blazers.

Fraser Rodgers is back behind the microphone for his fourth season as the team’s play-by-play broadcaster.

Hartley Miller, who has served as an analyst for seven seasons, will still be a key contributor to the radio broadcast throughout the season.

Cougars’ radio coverage will be also available online at www.myprincegeorgenow.com

“The Cougars are a huge part of the fabric of this community and we pride ourselves in including them in our commitment to our Northern BC audience.”