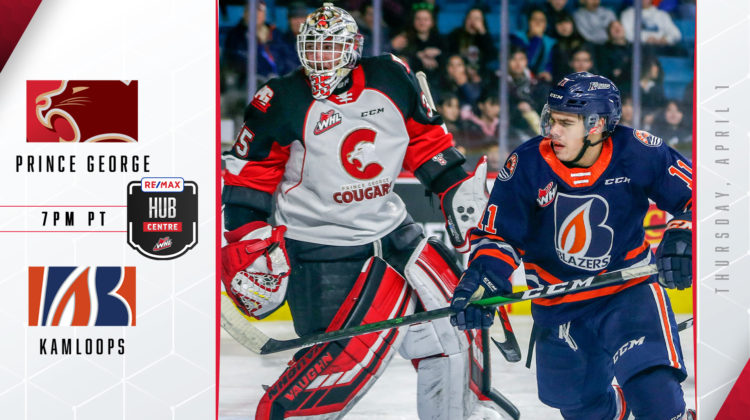 (Photo supplied by the WHL)

Less than 24 hours after seeing their game postponed against the Vancouver Giants, the PG Cougars are back on the ice sooner than anticipated.

Today (Thursday), the WHL announced the Cougars game originally scheduled for Sunday against the Kamloops Blazers will be played this evening from Sandman Centre at 7 pm.

The Blazers were supposed to play the Victoria Royals this evening but that game has been moved to a later date.

There will be no games played in the Hub Centres in Kamloops and Kelowna tomorrow (Friday).

Further adjustments to the schedule will be announced in the coming days following the 14-day suspension of the Kelowna Rockets due to several positive cases of COVID-19.