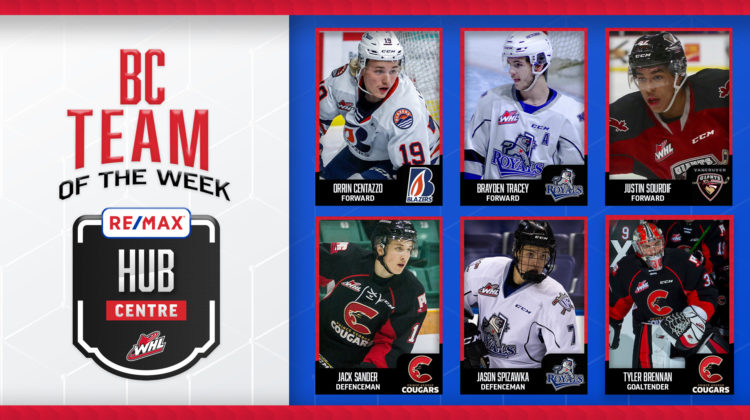 WHL BC team of the week for April 4

Goaltender Tyler Brennan and blueliner Jack Sander are among six players named to the WHL’s B.C. Hub Team of the Week.

The league made the announcement today (Monday) for the week ending April 4.

The Victoria Royals also had two players added to the list, and the Kamloops Blazers and Vancouver Giants each have a player named to the crew.