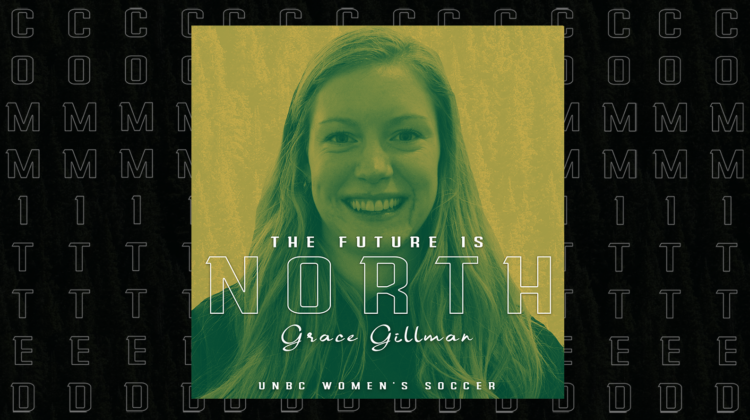 The women’s soccer team at UNBC has added some maturity to its roster adding 27-year-old Grace Gillman to the roster for the Canada West season.

“I just think it’s one of those opportunities I would definitely regret if I never tried and committed to. Seeing the girls play in previous years, I needed to be out there. I am really happy I was able to come out and train this year, even though it has been a weird year. I am really, really excited to fully commit for next season.”

Gillman, who is from Duncan, is entering her fourth year of studies at UNBC, pursuing her education in Environmental Science.

She believes after training with the Timberwolves Gillman’s age and experience could prove to be an asset.

“It has been really great. It definitely brings me a different perspective. I have been able to fit in really well, even though I am at a different stage in my life. It has been nice to hang out with the young girls again.”

Gillman previously competed in the Metro Soccer League, playing in the top division in VicWest.

The T-Wolves will gather in Prince George in August for training camp ahead of the U SPORTS campaign.