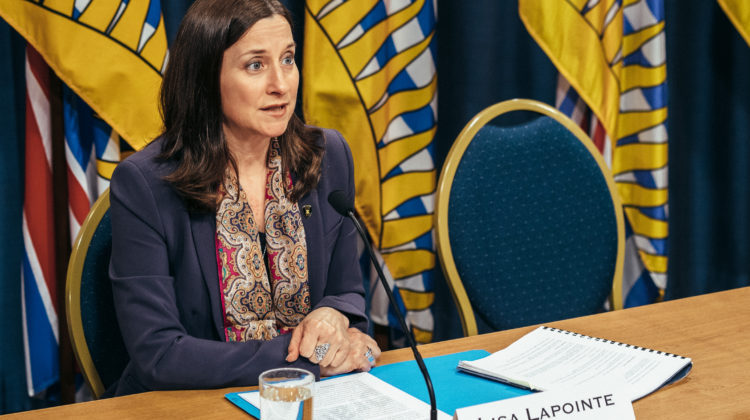 Over 7,000 people have lost their lives to illicit drug toxicity in British Columbia in five years and as a result, the province says it is moving forward on drug decriminalization and new overdose emergency response funding.

B.C. will officially request a federal exemption from Health Canada to decriminalize personal possession of drugs in the province.

A $45-million investment over the next three years will extend and enhance the funding announced in August 2020.

“We have accelerated our Province’s overdose response exponentially over the past four years – and we will do more in 2021 and beyond,” a statement says.

In addition to expanding measures like supervised consumption sites and making naloxone widely available, it is aiming to support treatment and recovery services and adding more beds around the province.

The public health emergency was first declared on April 14, 2016, and in the following years, grim records have been broken.

1,724 people died last year — a new record high — marking 7,072 deaths since the crisis began, according to the B.C. Coroner’s Service.

“Death due to illicit drug toxicity is now the fourth highest cause of death in B.C., with an average fatality age of 43,” said Chief Coroner Lisa Lapointe.

She says the pandemic resulted in a disruption in the supply chain for illicit drugs, increasing toxicity and also increased isolation.

Former provincial health officer, Dr. Perry Kendall says COVID-19 has shown how people can mobilize however it has also revealed a sadder truth.

“Some dangers evoke more community concern than others,” Kendall said.

“There is a stark and dreadful contrast in how we as a society have responded to the two public health emergencies.”

First Nations communities across the province have been particularly impacted during the overdose crisis, the First Nations Health Authority says.

Between January and May 2020, 89 First Nations individuals died in B.C. due to illicit drug toxicity – a 93% increase compared to the same period in 2019.

During that period, 16% of all drug toxicity deaths in B.C. were Indigenous people, who account for just 3.3% of the province’s population according to the FNHA.

“The data underscores the immense toll that illicit drug toxicity is having on the lives of Indigenous people and their communities in B.C.,” said Dr. Shannon McDonald, acting chief medical officer, FNHA.

“That the opioid crisis continues to wreak havoc on Indigenous people five years after the B.C. government’s declaration of a public health emergency on opioid use is a clear indication that there is still much more to be done to resolve this tragic public health issue.”