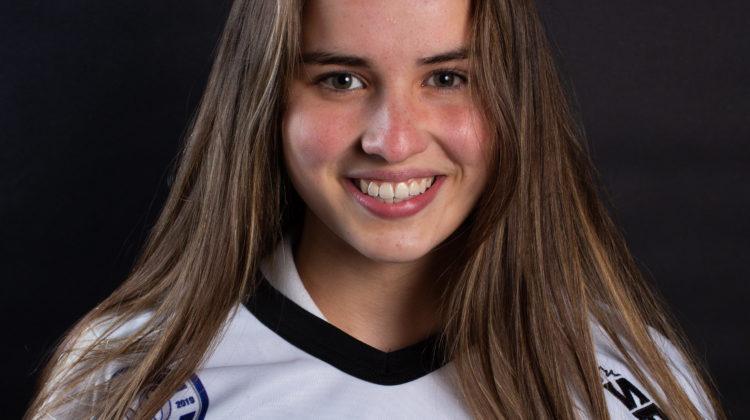 A female hockey player with the Prince George-based Northern Capitals is one of six Indigenous athletes in our region to win a prestigious award.

It is presented by the Indigenous Sport, Physical Activity and Recreation Council (I-SPARC).

In an interview with MyPGNow.com, the 16-year-old from Terrace stated she had to make a huge sacrifice in order to advance in hockey.

“I had to move to Prince George to expand my name so that I could play better hockey. I had to leave behind my Dad and my brothers back home and I just went with my Mom and we just moved here together. I have been living with her for four years now without my siblings and Dad.”

“I knew that they supported me and me being down here was the best decision for myself and for my family to see me grow as a player and as a person. I think that it was the right decision overall and that I knew deep down as much as I would miss them that it was going to be OK.”

Moore, who is also an accomplished soccer player, wanted to follow in her brother’s footsteps and to claim the honour.

“I kind of wanted to get it as well and so we applied for it and through my accomplishments with hockey and soccer I was able to get chosen as one of the recipients, which I am very grateful for.”

Moore has aspirations of playing collegiate hockey and to one day play for the Canadian women’s national team.

The 16-year-old is a member of the Haida Nation-Masset Village.

Here is the remaining list of winners from Northern BC: