Spruce Kings put the boots to the Centennials 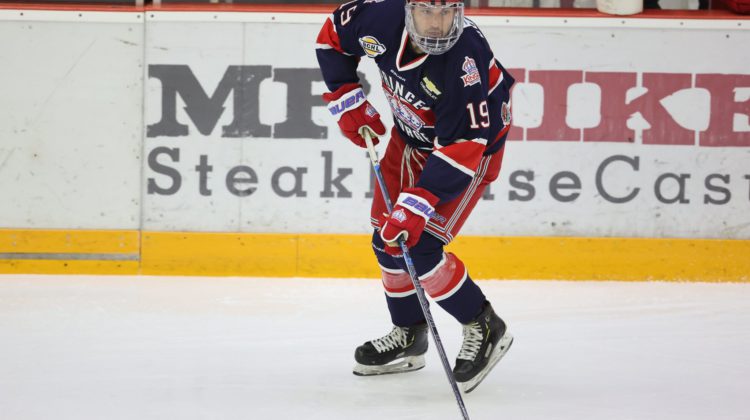 The goaltenders of the Merritt Centennials suffered another severe case of sunburn.

A hat-trick by Christian Buono paced the Prince George Spruce Kings to a convincing 7-0 win against Merritt on Wednesday inside the Chilliwack hub.

After carrying a 1-0 lead after 20 minutes, the BCHL’s most northern franchise lit the lamp three times in the middle period.

The Spruce Kings would put an end to Phillips-Watts night as Nick Rheaume powered his way from the corner finishing off a Simon Labelle pass extending the lead to 3-0.

Less than a minute later, Buono notched his second of the game capitalizing on a 2-on-1.

The floodgates continued to open for the Spruce Kings in the third as Labelle and Hunor Torzok notched their first of the season.

Buono put the exclamation mark on the effort scoring an unassisted shorthanded goal past Brayden Melnyk for a 7-0 edge.

It was another light evening in the crease for Jordan Fairlie who stopped all 16 Merritt shots he faced.

Prince George went 1-for-5 on the power-play while also outshooting the Centennials 34-16.

Buono, Cochrane, Labelle and Rheaume all recorded two point games for the Spruce Kings who improved to 10-3-0-1.

Local products Blake Astorino, Brandon Dent and Alex Ochitwa all went pointless for the Centennials who dropped to 2-12-0-0.

The Spruce Kings are back in action Friday against the Chilliwack Chiefs 9-5-0-0.

Puck drop is at 5pm.