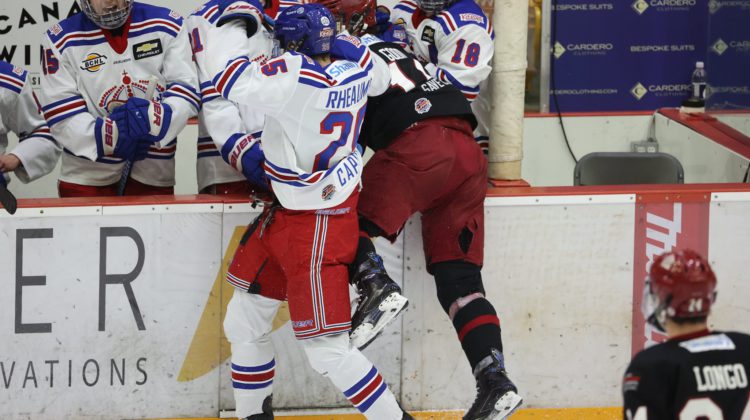 The finish line is in sight for the Prince George Spruce Kings.

A two-goal performance from Corey Cunningham led the BCHL’s most northern franchise to a convincing 7-3 victory over the Chilliwack Chiefs on Friday.

PG jumped out to a 2-1 advantage after 20 minutes courtesy of Mason Waite and Carter Cochrane who found the back of the net against veteran Chiefs netminder Mathieu Caron.

The second period resembled a special-team fest for the lack of a better term.

Tanner Andrew evened the score for Chilliwack on the power-play at the 12:56 mark finding a way to light the lamp against Spruce Kings goaltender Aaron Trotter.

However, Andrew Seaman wrestled back the momentum for PG, scoring twice in a span of six minutes, once on the man advantage while the other was shorthanded.

In third, Colton Cameron notched his first inside the Pod putting it a shot top-shelf past Caron for a 5-2 lead.

Cunningham added both his markers later in the period while Kyle Penney replied for Chilliwack.

Ben LeFranc and Nick Rheaume also had two assists each for PG who improved to 11-3-0-1, three points up on the Chiefs for top spot.

Both teams went a combined two-for-seven on the power-play.

The Chiefs played the entire game with just 15 skaters.

The Spruce Kings are back in action on tomorrow (Saturday) at 5pm against the Merritt Centennials (2-13-0-0).

Puck drop is at 5pm.

The Centennials have lost all seven meetings to PG this season.