Over 42% of eligible B.C. residents have received first dose of COVID-19 vaccine 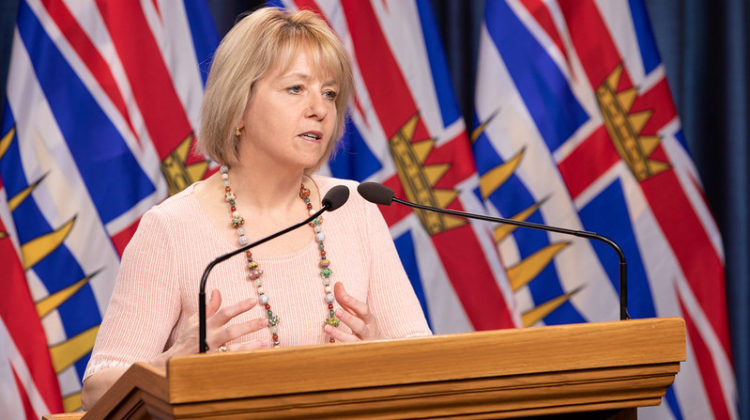 Provincial health officials say B.C. has reported 2,174 cases of COVID-19 over the weekend, including 60 in Northern Health.

15 people have died from the virus since Friday, as the provincial death toll climbs to 1,596.

In her weekly briefing today (Monday), Provincial Health Officer Doctor Bonnie Henry explained most of the deaths occurred in hospital.

All patients were in their 70’s except for one, who was in their 50’s.

Doctor Henry says the province’s vaccine supply will be increasing drastically, with over one million vaccine doses expected in the province this month.

She says this could change how B.C. schedules vaccines, possibly shortening the 16-week interval between doses.

Everyone in the province 18+ is eligible to register for an appointment and expected to receive at least one shot before Canada Day.

Doctor Henry noted this timeline could become flexible in the coming weeks, as more vaccines arrive in B.C.

The outbreak at the Prince Rupert Hospital has been declared over.

Meanwhile, 11,781 people are in isolation as a result of exposure.

On another topic, Doctor Henry answered a reporter’s question by stating it is highly unlikely large events, even those outdoors, will be allowed in B.C. this summer.