“We have no justice” : Red Dress Day hits home for Prince George 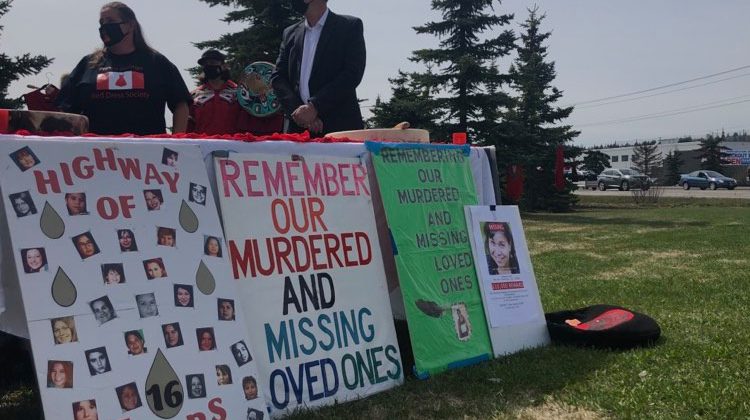 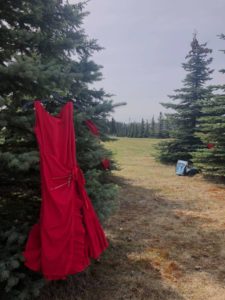 Red Dress hanging on a tree on the side of Highway 16 (Photo by Dione Wearmouth, myppgnow.com)

It is National Red Dress Day, the one day a year where Canadians honour the Missing and Murdered Indigenous women and girls across the country.

Today (Wednesday), a proclamation signed by Mayor Lyn Hall was presented at a drum circle on the corner of Highway 16 and Ferry Ave declaring May 5th as ‘Missing and Murdered Indigenous Women, Girls, and Two-Spirit People awareness day’ in Prince George.

This comes as Indigenous women are much more likely to become a homicide victim compared to their non-Indigenous counterparts.

Wesley Mitchell is a Prince George resident that has first-hand experience with these morbid statistics, he’s the co-organizer of a couple of events being hosted today (Wednesday).

“For me it means, it’s a landmark day, it’s the start of a future for more awareness so we can make a change,” Mitchell added.

He says this issue has impacted his family immensely and one day a year is not enough.

Mitchell participates in these events for his lost family members, including his relative Frances Brown, who went missing in 2017 while mushroom picking North of Smithers. 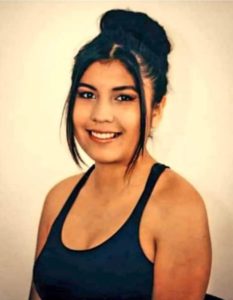 “Then the very next year my brother and niece lost their sister-in-law Jessica Patrick, who was murdered in Smithers,” he added.

He’s been participating in events since 2015 when he walked for Ramona Wilson, who was killed in Smithers.

The day also recognizes the lives of non-Indigenous souls lost in Northern BC.

“We also have in our hearts the non-Indigenous souls lost like the Madison Scott’s and the Nicole Hoar’s,” added Mitchell.

Madison Scott has been missing since she was last seen at Hogback Lake in 2011, while Nicole Hoar was last seen in Prince George in 2002.

Colton Fleury was 16-years-old when he went vanished from Prince George in 2018.

There will be a ceremony honoring victims at Cottonwood Park this evening at 6 pm.