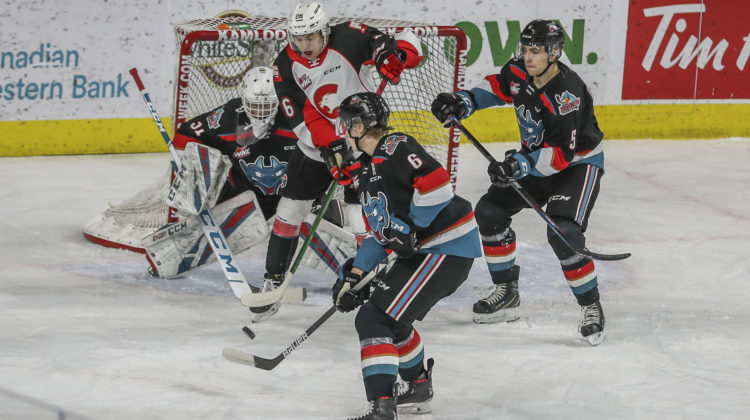 Sometimes in the game of hockey you can play well and still lose.

Unfortunately, the Prince George Cougars fell victim to that circumstance dropping a 2-1 decision on Sunday to the Kelowna Rockets from the Sandman Centre in Kamloops.

“I liked our game tonight and when you play like that you are going to win more games than you lose. I thought we pushed hard even though we played last night, we were not happy with how we played against Victoria so I thought the guys came hard and played a good game.”

Rockets snag a 2-1 win from the cats tonight! pic.twitter.com/QMcNaSDhwN

Playing their second of back-to-back games, the Cougars found themselves behind the eight-ball early on spotting the Rockets an early 2-0 lead.

While on the power-play, Alex Swetlikoff deflected home a point shot from Sean Comrie past PG netminder Taylor Gauthier.

Kelowna doubled its advantage when former Edmonton Oil King David Kope accepted a Trevor Wong pass and tucked it into the goal.

The turning point of the game occurred in the second, where the Cougars were unable to cash in on four power-play opportunities.

Majid Kaddoura finally got the power-play to strike as he ripped home a cross-ice pass from Kyren Gronick, past Rockets netminder Cole Schwebius cutting the lead to 2-1 at the 6:37 mark of the third period.

The 19-year-old from Chestermere, Alberta has nine points in 21 games this season.

After getting assessed a checking from behind minor, Cougars forward Jonny Hooker got into a spirited tussle with Comrie inside the game’s final five minutes.

With Gauthier pulled late in the game, PG had the chance to even the score but were unable to find the back of the net before the final buzzer sounded.

Lamb believes the Cougars have been able to master the balance between developing the young core without sacrificing opportunities for the veteran players.

“It’s been easy because it’s been cut right in half with the ten rookies we have. You have to develop these guys and it’s trial by fire because they are going right into the action, which there is nothing better since they are getting minutes and being put in situations they otherwise would not have.”

“You learn as a hockey player by failing sometimes but it’s been excellent,” added Lamb.

Former Cariboo Cougar Scott Cousins failed to register a point for Kelowna but found himself on the scoresheet thanks to a slashing minor at the 5:43 mark of the third period.

In eleven games played, he has four points to go along with a plus-seven rating.