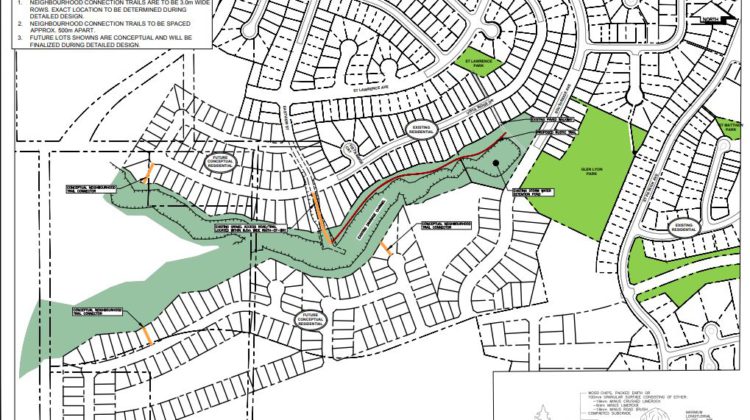 The building of a large housing subdivision is being proposed in St.Lawrence Heights.

One of the sections would include over 70 lots, while the other would consist of more than 150 lots, it would be located on Southridge Avenue, directly past Glen Lyon Park.

“We’ve all had the opportunity to already receive some emails and petitions around it and we do have a process around it,” explained Councillor Brian Skakun.

The potential builder, whom is based out of New Westminister, is looking to build on an approximately 34-hectare space just South of St.Lawrence Avenue.

The area coincides with a mix of residential and greenbelt zones.

To facilitate these developments, the applicant has applied to amend the OCP and Zoning Bylaw for portions of the subject property.

Council is now looking to hold a public hearing for the project, where residents can provide their input through by either phone or through writing.

Meanwhile, council also discussed the importance of filling out the annual census form sent out every year.

“A lot of researchers and third parties do rely on the data from the census as well and it really is important, crucial data that helps out a lot of organizations, not just the city,” explained Councillor Cori Ramsay.

The census was sent out to 15 million Canadians during the first week of May.