Great balls of fire; Cougars go down in flames against Kamloops 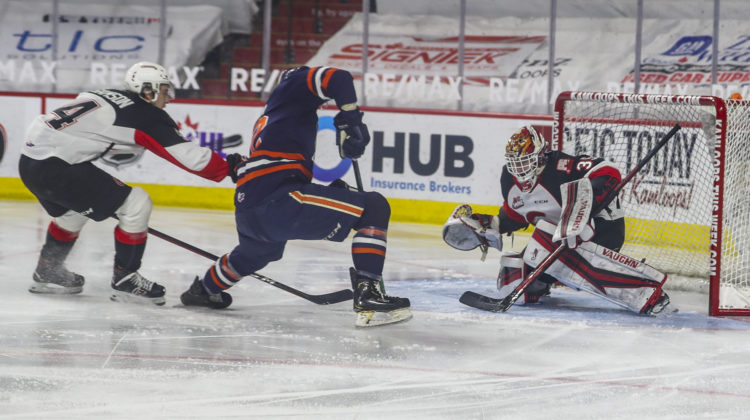 A season we won’t soon forget ended with a thud for the Prince George Cougars.

On Wednesday, the Kamloops Blazers left no stone unturned in their BC Division finale skating to a 4-0 shutout victory at Sandman Centre.

Josh Pillar only needed four minutes to open the scoring, collecting a Montana Onyebuchi pass and beating Cats netminder Taylor Gauthier for a 1-0 lead after 20 minutes.

In the second, rookie blueliner Logan Bairos saved the best for last notching his first WHL goal, handcuffing Gauthier at the 9:54 mark to double the Blazer edge.

Kamloops emptied the gas tanks during the final period outshooting the Cougars 16-8.

Ethan Brandwood and Orrin Centazzo lit the lamp just over a minute apart to deliver the knockout blow.

It was a fairly clean game on the scoresheet with both teams going a combined 0-for-3 on the power-play.

The 19-year-old recorded a career-best 2.74 goals against average to go along with a .915 save percentage.

Kamloops took five out of six meetings against the Cats outsourcing them 25-11.

The Blazers secured the RE/MAX BC Division Hub.

This was the final WHL game for Cougars over ager Jack Sander who suited up 203 times in his major junior career, that spanned four seasons.