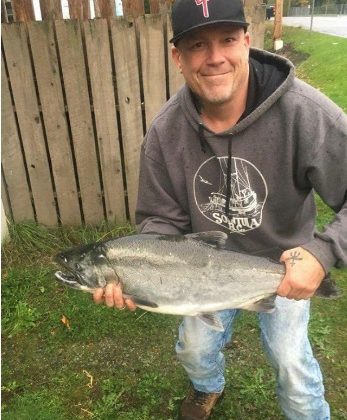 The body of a man found near Highway 2 and Clark Road in Pouce Coupe has been identified as 55-year-old Lance Wayne Patterson.

On the morning of May 9th, his body was found only 8km away from a vehicle fire that occurred only a few hours before.

Police say the two incidents could possibly be linked, and are now investigating the death as a homicide.

RCMP Corporal Madonna Saunderson says Patterson was a Dawson Creek man who recently relocated to his home community from the Lower Mainland.

Investigators have also determined that he was known to drive a distinctive 2003 black Mercury Marauder and are seeking any information regarding his activities in the days leading up to his death.

“We believe that people have information that will assist us in finding the person responsible for Lance’s death and we urge anyone with information to come forward and speak to an investigator,” said Staff Sergeant Todd Wiebe of NDMCU.

Wiebe also stated that investigators are seeking video dashcam footage from anyone traveling on Highway 2 near Clark Road between the late evening hours of May 8 and the early hours of May 9th.