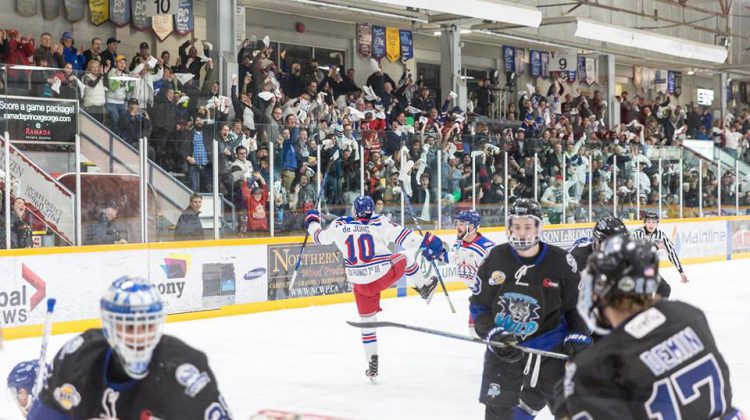 The Prince George Spruce Kings and the rest of the BCHL are aiming for a return to normal next season.

League officials are keeping an eye on vaccination rates as well as anything else COVID-related over the next three months.

“The way the approach needs to be is that we are going to have a normal regular season come the fall. We have laid a 54-game schedule with the Showcase games and everything else you would see for a normal season in the BCHL and that is the way we need to approach it.”

“However, if it comes to the time that as we get closer to the season and it doesn’t look we’ll be able to start on time then we will adjust as we go kind of like we did last season.”

Even with vaccination rates trending upward, Hawes stated all clubs are leaving it in the player’s hands if they wish to get jabbed.

“That is not something the BCHL or the individual clubs is going to influence as they shouldn’t that is a personal choice for the players and their families.”

BCHL Executive Director Steven Cocker noted that the plan is to have the Wenatchee Wild back in the fold as the league remains confident the US Border will reopen by the fall.

“I see all 18 teams participating. I think once we get through July or August we will really know what the landscape looks like but ultimately, the biggest hurdle will be that border.”

“We’ve been two years now without a Fred Page Cup champion and certainly our goal is to have someone hoist that at the end of the 2021-22 season.”

PG will move back into the Interior Division following the expansion of the Cranbrook Bucks.

The season start will also be pushed back later in September, with training camp and pre-season games not beginning in August as they have in previous seasons.

It will also mark the 60th Anniversary campaign for the BCHL.