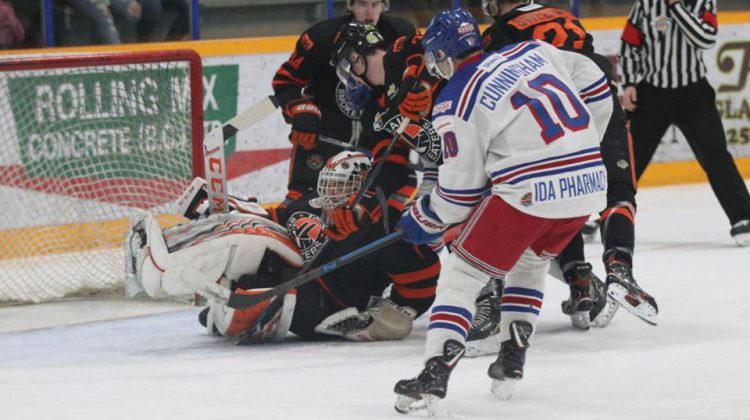 The countdown is officially on until the start of the next BCHL season.

The Prince George Spruce Kings will begin play October 8th and 9th with a road doubleheader against the Merritt Centennials and West Kelowna Warriors.

The home opener will be held a week later on the 15th against the Cents.

General Manager Mike Hawes told MyPGNow.com the home slate will have a similar setup to the Cougars.

“With us being back in the Interior Division, there is some distance that needs to be travelled for us to go down into that area of the province and especially with us in the north when they do come up a lot of times you will see them coming up for a doubleheader.”

“We are certainly looking forward to having fans back in our building to watch our team play come October so it is an exciting time and hopefully the restart plan goes the way it should. It will be good to get everybody back to some normal here.”

Fourteen of the Spruce Kings home games occur prior to the Christmas break.

PG only sees one extended road swing the entire season. That runs from December 18th to January 8th, which includes stops Vernon, Wenatchee, Trail, and Cranbrook.

Conversely, the Cranbrook Bucks make their first trek to the northern capital for a three-game mini-series running from December 9th to 11th.

The Spruce Kings wrap up the regular season at home against the Salmon Arm Silverbacks on March 19th.

However, one notable admission from the schedule this year is the Victoria Grizzlies. Both teams will not be facing off against each other this season.

In addition, the Rolling Mix Concrete Arena is back to being called the Prince George Coliseum until further notice.

For a link to the full schedule, click here.