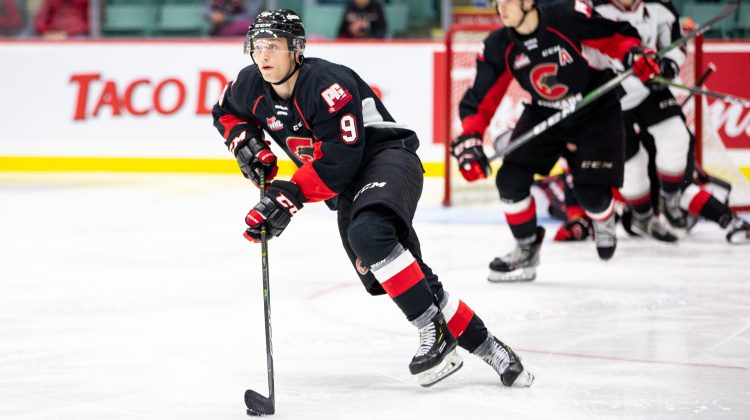 Prince George Cougar fans will have more flexibility when it comes to ticket packages for the upcoming season.

The Cats are offering a Pick Your Schedule membership where fans can choose the games they wish to attend and use them in any combination.

In an interview with MyPGNow.com, Vice-President of Business Andy Beesley believes this option will be very desirable.

“To sell a season membership for the same price that we sell for regular season memberships but to have every single ticket flexible and allowing people to really pick their schedule as they go throughout the season. We are not aware of any other teams in the Canadian Hockey League doing this.”

“We’ve made it so that these pick your schedule tickets are 100% flexible. You can use one ticket for every single game of the year or you can use all your tickets in one night. The idea is you pick the games, you pick the nights.”

Beesley and the Cougars are anticipating being able to open the CN Centre and welcome back fans at normal capacity in the fall for a full 68-game season with an eye towards prioritizing their core fan base.

“The big changes are that because we expect that we can have regular capacity we are making sure that season members know that they are number one on the list should there be any kind of restrictions or things like that. Seasons members will get taken care of and be the first in the building.”

The Cougars adapted their ticketing options to guarantee fans the best prices in the B.C. Division.

Seniors and youth pricing will remain in place while also introducing child (2-6) pricing.

Season Memberships begin at $300 with premium seats going for $650.

“We wanted to make sure Cougars hockey was as affordable as possible for people to be able to come. We believe very strongly that the community wants to get back together again and come out and enjoy togetherness again. We wanted to make sure there were no financial barriers so that people can come out to the CN Centre.”

“Certainly for people who think that they want to come to several games should look at season tickets because they are typically anywhere between 25 and 30% less expensive than a walkup ticket. Somebody that has a seasons ticket in the red zone, which is the most desirable for many people in the arena, – if you have a seasons ticket you are paying around nineteen dollars per game whereas you would be paying close to 28 dollars for a walkup price on the same seat.”

While the WHL schedule isn’t expected to be unveiled until later this month, the Prince George Cougars are pretty happy with how it looks on paper.

Beesley noted as it stands now, 75% of all home games are expected to occur on the weekend with a couple of new wrinkles potentially mixed in.

“I’m really, really happy with how our home games are spread out. I think we have six home games each month, which is great. Tentatively, we are very much trying to get some Christmas games in
while families are still in town and quite possibly a New Year’s Eve game something we haven’t done in many years and our fans have asked us about.”