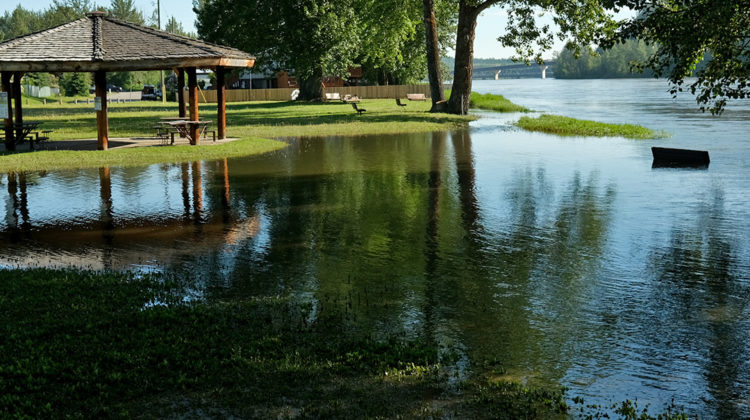 The City of Prince George has notified the residents of Farrell Street next to Paddlewheel Park that the evacuation alert announced on Friday has been lifted.

In addition, the State of Local Emergency has been cancelled due to steadily receding water levels.

According to measurements recorded by the Government of BC, the water level on the Fraser River peaked at about 9.5 metres overnight on Saturday and has been dropping steadily ever since.

Currently (Monday night), the river is measuring just above nine metres and continuing to recede.