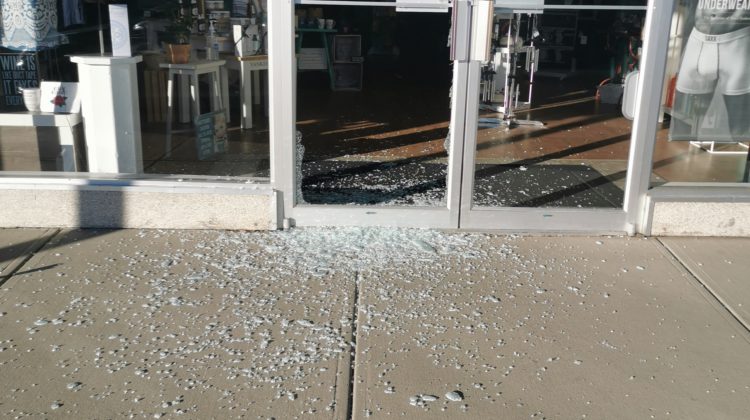 A gift shop in Prince George was hit again by thieves on Monday morning (June 7th).

“Prince George RCMP received a report from security at Shhh Home and Gifts on 4th ave. to say that they had a break and enter to their building. RCMP met with the manager from the location, and unfortunately at this time we do not have any witnesses or surveillance for the area,” said Cst. Jen Cooper.

This isn’t the first time the shop has been robbed.

The store owner, Deanna Malanowich, said her store had been broken into twice in a five-week period, and her own home was broken into as well.

“They managed to get all of the SAXX (underwear) that were on display, and some boxes, my laptop, purses, and some jewelry.”

She adds her own home was completely cleaned out, and that these break-ins have cost her thousands of dollars.

“We get no help from the city, any kind of grants to compensate for these break-ins. Like really, when we ask for the city to be cleaned up, we aren’t asking for another flower basket.”

Malanowich says if this happens again, she won’t be able to keep her business running, as she’s losing too much money, and her insurance is skyrocketing.

“Me and some of the (other) store owners are actually thinking about staying the night at our store, and kind of looking after this ourselves, because we not getting help from anybody. And it’s everywhere in Prince George, it’s not just downtown. Downtown during the day is wonderful,” stated Malanowich.