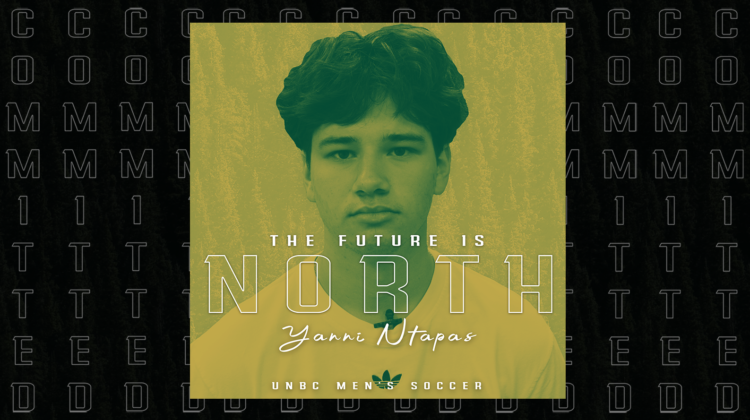 “It’s great. I have been wanting to do this for the past twelve years. It is really great to get it in motion and be ready to play. I am ready to give it my all this year. I started talking to Steve (Simonson) at the beginning of the year and it has been going smoothly since there. Right when we connected, we clicked. It is going to be a great spot for me for the upcoming years.”

Ntapas has been playing in Kelowna since 2016, traveling with the Thompson Okanagan FC program, competing at the highest level of youth soccer in British Columbia.

“We are excited to have Yanni commit to our program for the fall. I have known him for a few years now and have kept an eye on his soccer journey. I know he is a committed young man, and he was focused on making the jump to University soccer. I really think will be a positive addition to the program. We are excited to see him in the preseason and watch him thrive in the UNBC environment,” said Steve Simonson, Timberwolves Men’s Soccer Head Coach.

The 17-year-old will graduate from Prince George Secondary School this month prior to joining his teammates for training camp in August.