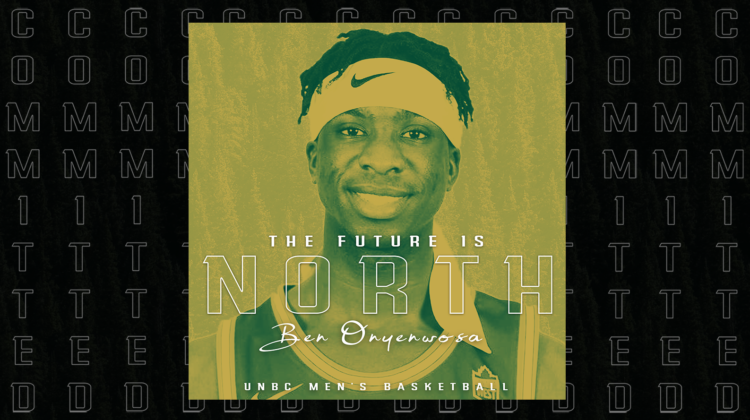 The Men’s Basketball team at UNBC added a dose of athleticism and skill to the fold announcing the transfer of Ben Onyenwosa from the University of Alberta.

Onyenwosa grew up in Prince George, before moving to Calgary in Grade 8.

“I feel excited to come back to Prince George and meet all the players. It is a real honour to play U SPORTS.”

During his time in the Northern Capital he developed a rapport with current T-Wolves coach Todd Jordan.

He played his high school basketball with St. Gabriel the Archangel School in Chestermere where he averaged 35 points and  11 rebounds per game.

He will join his new teammates for training camp in August.

“Playing at U of A last year helped me grow a lot as a player and as a person. It showed me the jump from high school to U SPORTS is a big jump. It’s no joke. Just have to get serious every time and lock-in.”