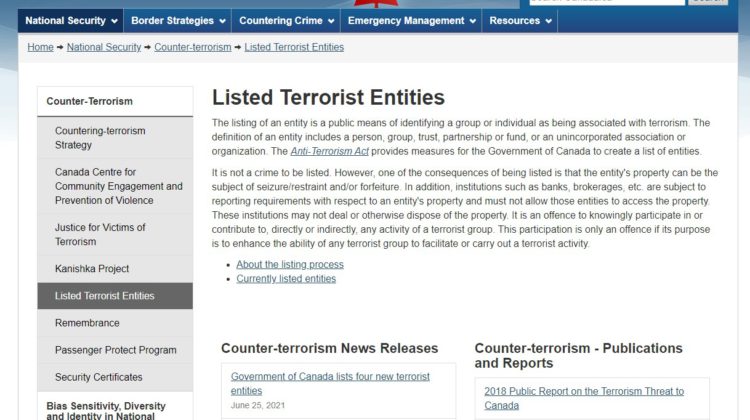 Three groups and one individual were designated as terrorist groups by the federal government today(Friday).

Ideologically motivated violent extremist groups, the Three Percenters and the Aryan Strikeforce were added to the Criminal Code list as well as the Daesh affiliate, the Islamic State Democratic Republic of the Congo.

American neo-Nazi Jason Mason, who provided ideological and tactical instruction on how to operate a terrorist group, was added to the list.

This marks the second time an individual has been added to the Criminal Code list of terrorist entities.