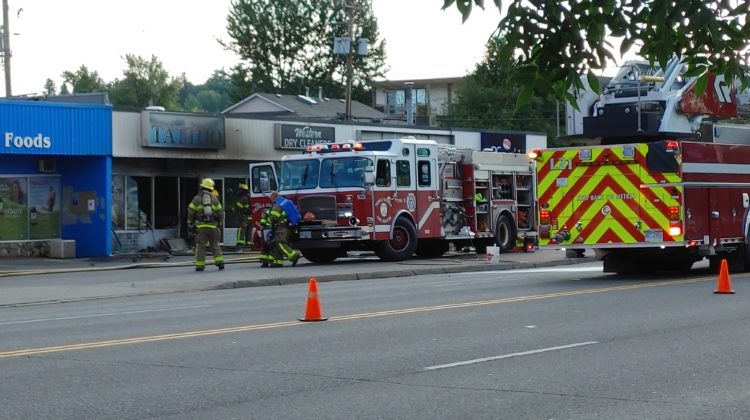 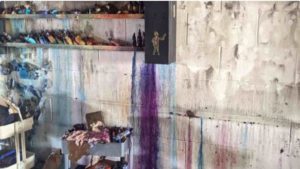 Inside of Handsome Cabin Boy (Photo by Gofundme)

Local firefighters arrived at the 1600 block of 20th Avenue just after 6:30 this morning (Tuesday).

Crews found heavy smoke and flames coming from the middle unit of a strip mall as well as the eaves of adjacent units.

No firefighters or residents sustained injuries.

The Prince George RCMP is looking for dashcam footage or anyone who may have witnessed suspicious activity in the area between 6:00 and 6:35 this morning.

A Gofundme page has now been created with the hopes of raising $20,000. 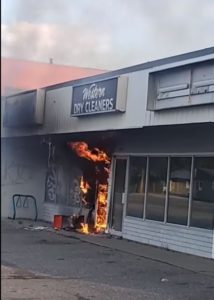 It was an early start to the morning for local firefighters and the RCMP.

Both are at the scene of a fire at the Handsome Cabin Boy Tattoo on 20th Avenue.

Details of the fire are unknown at this time.